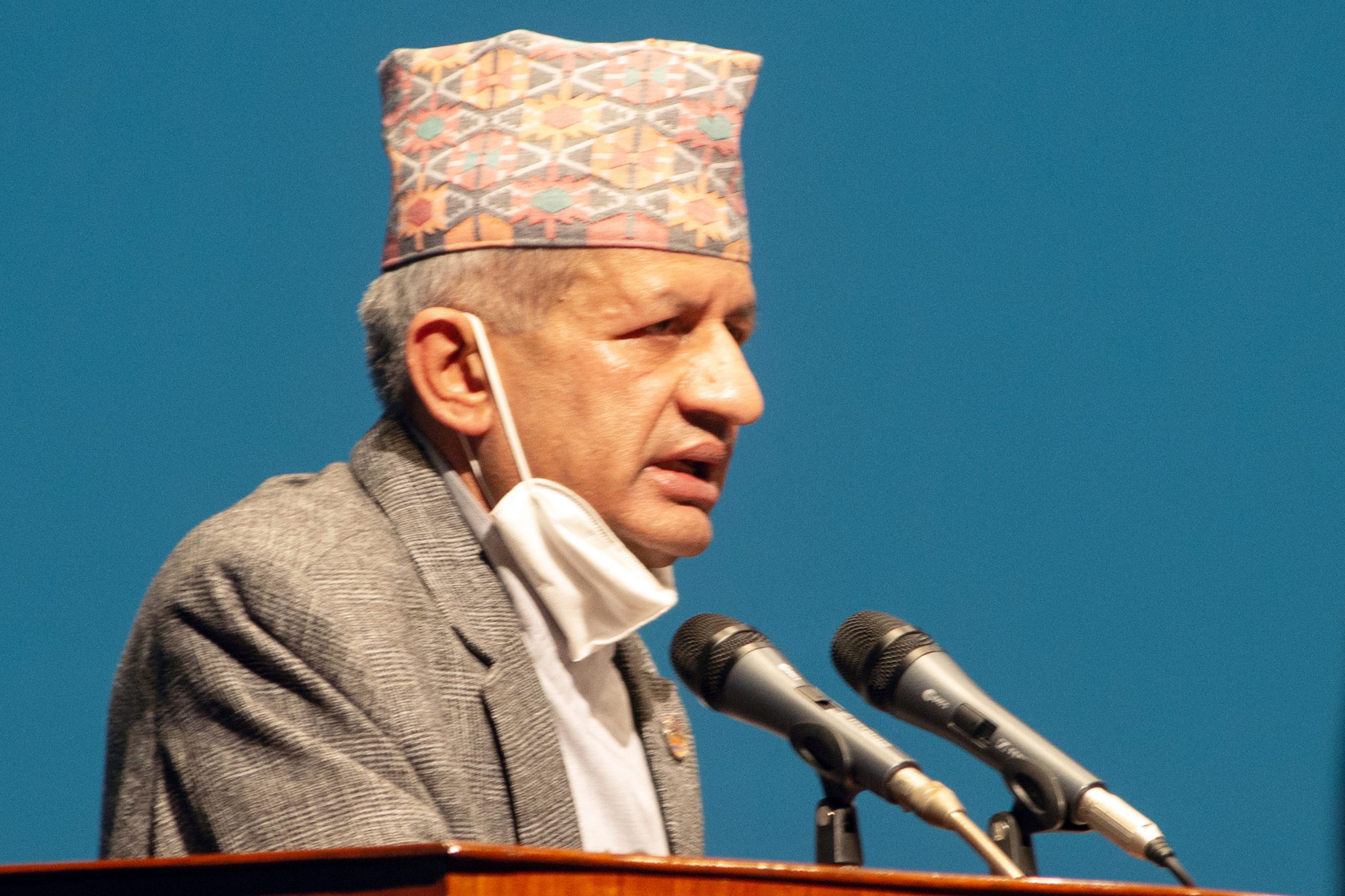 RSS (KATHMANDU, 10 May 2020) – The government has said its serious attention has been drawn towards the construction of a link road passing through Nepali territory Lipulek by India. Presenting the government views about the issue of public importance in a session of the House of Representatives (HoR) today, Foreign Affairs Minister Pradeep Kumar Gyawali said the government was taking initiation to resolve the border issue with India through a foreign secretary mechanism.

He said the construction of ‘Link Road’ using Nepali territory had largely drawn the concerns of Nepali. He informed the House that following the release of a new political map by India, Nepal sent a diplomatic note to India frequently, stating that Limpiyadhura, Lipulek and Kalapani belonged to Nepal. ”Nepal wants to find a solution to the issue through a diplomatic way,” he apprised the House, calling upon India not to take any move capable of raising a question about the sensitivity of its neighbour.

He went on to say that Nepal’s existing boundary map was guided by the Sugauli Treaty (1816). ” The Sugauli Treaty determines Nepal’s border. After this, no other treaty concerning Nepal’s boundary has been signed. Nepal strongly believes the issue should be solved on the basis of the Sugauli Treaty, map, historic facts, evidences and so on.” He informed the House that with getting the news about the ‘inauguration’ of the Link Road by India yesterday, the government presented its official views on the matter on Saturday. He also read out the views in the meeting. ”The Government of Nepal has learnt with regret about the ‘inauguration’ yesterday by India of ‘Link Road’ connecting to Lipu Lekh (Nepal), which passes through Nepali territory,” the government said in the press note yesterday.

It also recalled that the Nepal government had expressed its disagreement in 2015 through separate diplomatic notes addressed to the governments of both India and China when the two sides agreed to include Lipu Lekh Pass as a bilateral trade route without Nepal’s consent in the Joint Statement issued on 15 May 2015 during the official visit of the Prime Minister of India to China. Lawmakers suggest diplomatic channel to solve border issue Speaking in the parliament meeting, the lawmakers from different political parties suggested the government that it immediately took effective step from the diplomatic channel to solve the border dispute- most recently the construction of road in Nepali territory by India.

The government’s attention was drawn towards maintaining territorial integrity and sovereignty being based on Sugauli Treaty of 1816 and other supportive documents. National unity must be forged for it, they stressed. In the meeting, Ganesh Singh Thagunna informed that Nepal’s 397 km land of Limpiyadhura was under Indian control. Lawmaker Dilendra Prasad Badu reminded that he had repeatedly informed that India had begun constructing road in Nepali lands – Kalapani and Lipulek- for long. He wondered whether the government was aware of it or not.

Lawmaker Mahanth Thakur urged the government to take diplomatic initiative to solve the border issues as of Limpiyadhura, Lipulek and Kalapani. Lawmaker Sarita Giri also expressed worry what the diplomatic efforts were delayed in solving border issues. Lawmaker Bhim Rawal demanded the government to publish Nepali map including Lipulek, Limpiyadhura in it. Responding to lawmaker’s query, Foreign Minister Gyawali said common consensus among the political parties was imperative to solve border dispute. All political parties’ unity would give impetus to the government to this regard, he added.