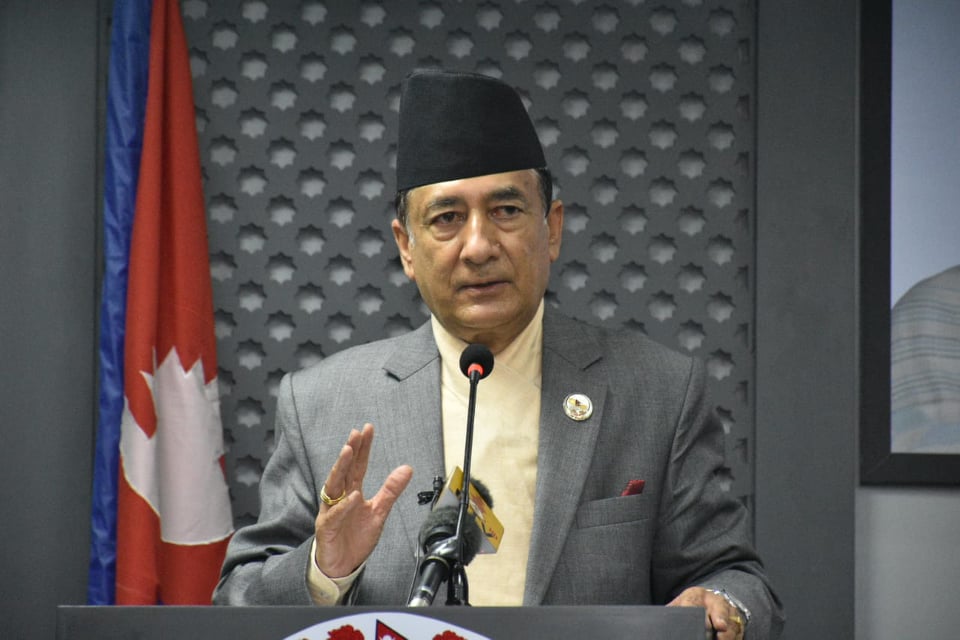 Similarly, the Cabinet meeting on August 11 decided to accept the grant of approximately Rs 2.1 billion (2,256 million Japanese Yen) provided by the Government of Japan for the project of the restoration of irrigation system in the eastern part of the country, said the government’s spokesperson Gyanendra Bahadur Karki, also Minister for Communications and Information Technology at a press conference organised here today to make public decisions taken by the meeting.

Similarly, it also approved the new pay scale and grades under civil servants of all level, Nepal Army, Nepal Police, Armed Police Force, parliament service and teachers at community schools. It came into effect from 17 July, 2022. Fifty-one temporary quotas of Gazetted class for the fiscal year, 2022/23 under the Ministry of Energy, Water Resources and Irrigation, 58 under the Ministry of Law, Justice and Parliamentary Affairs and 20 under the Ministry of Agriculture and Livestock Development have been passed. Similarly, the government has decided to annul the Nepali citizenship issued in the name of Nasim Rayeen (certificate number 15-01-71-05740) on November 24, 2014 and not to recognise the person as the Nepali citizen.

The government has announced the geographical areas affected by the flood in the Saptakoshi river as the disaster-hit zones. It has agreed to allow the use of the land measuring two rapani nine aana three paisa and three daam out of six ropani two aana one paisa and one dam of land being used by the District Coordination Committee, Parbat at the Kushma municipality-13 for the construction of Kushma municipality’s administrative building. Likewise, the meeting approved 355 posts of Gazetted class towards the temporary service under the Ministry of Physical Infrastructure and Transport for the current fiscal year followed by 23 temporary posts of the same class for the Ministry of Communications and Information Technology. Likewise, 15 temporary posts of gazetted class under the Ministry of Youth and Sports have also been endorsed.

The government has approved the National Games Operation (First Amendment) Guidelines, 2022. The government is to send a formal invitation to the Chief of the Indian Army for a visit to Nepal. The Secretary at the Ministry of Education, Science and Technology has been given approval to participate on behalf of Nepal in the programme to be organized by the US Department of Energy from November 14 to 18. Likewise, the Council of Ministers has made a decision to give approval to Minister for Communication and Information Technology to participate in a programme of the International Telecommunication Union to be held in Bucharest, Romania from September 26 to October 14. A decision has also been made to change the Annex 3 of the Nepal Health Service Regulations, 2055 BS and to publish a notice about the same in the Nepal Gazettee. The Cabinet has also decided to give approval to the Secretary of the National Planning Commission (NPC) to take part in a United Nations programme to be held from August 23 to 25 in Bangkok, the capital of Thailand.