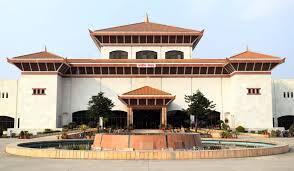 Nepal Foreign Affairs (KATHMANDU, 2 February 2020) – In a session of the National Assembly today, the Upper House members sought the guarantee of the implementation of citizen’s right to basic health care services ensured by the constitution.

They insisted the government should take precautions to stay safe from the deadly coronavirus. It may be noted that the novel coronavirus which was originated from Wuhan of Hubei province in China has posed a global health threat.

Speaking in a zero hour of the session, Nepali Congress lawmaker Radheshyam Adhikari said citizens were not able to get medicines announced to be free for them easily despite the guarantee of people’s fundamental right to basic health facilities.

“People’s easy access to health and education should be ensured, but the situation is that discriminations exist there in the name of public and private services,” he added. Another member from the same party, Ramesh Jung Rayamajhi, sought the government attention to control and prevent the virus.

Nepal Communist Party’s Dr Bimala Rai urged the government to take seriously the deaths of eight Indian tourists due to suffocation caused by the use of a gas heater in Daman-based resort and pay heed to the physical safety of the people. NCP’s Yotol Tamang aired concern over the reduction of women’s participation (number) in the Council of Ministers. Rastriya Janata Party’s Brikhesh Chandra Lal sought the seriousness on the part of government in regard with border and nationality issues.

NCP’s Meena Budha was worried about the shortage of English teachers in rural community schools. Socialist Forum’s Pramila Kumari demanded the government bring the Citizenship Bill while NCP’s Sher Bahadur Kunwar called for an elimination to the Chhaupadi practice existing in the mid- and far-west Nepal.