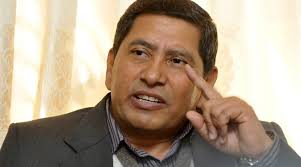 Nepal Foreign Affairs (24 November 2019) -Spokesperson of the ruling Nepal Communist Party (NCP) Narayan Kaji Shrestha said on Sunday that the party and the government was effortful to take the encroached territory of Nepal back from the Indian land.

Speaking with journalists at Hariban in Sarlahi, Shrestha said that both his party and the government were exercising political and bilateral efforts to settle the encroached land and returned the Indian forces from the encroached land.

“The government has written letter on this regard and send it to the Indian officials and we are waiting official response of the Indian government,” Shrestha said.
The government and the NCP were committed to protect the Nepali territory, he said.

In another context, leader Shrestha refuted the blame that there was no any argument inside the party while reshuffling the cabinet.
Prime Minister KP Sharma Oli has reshuffled his cabinet by using his own authority rather appointing ministers from political sharing.

The party will now focus on revitalizing all lower units of the party which got delayed due to party unification process and party secretariat committee meeting, he said.

Also, commenting on the path chosen by outlawed party led by Netra Bikram Chand ‘Biplav’ Communist Party of Nepal would not be beneficial to the country and people.

He urged the banned political party of Biplav not to focus their party movement in creating political instability in the country. “We would like to call them on a political dialogue table,” Shrestha said.

During his arrival in the district, leader Shrestha attended two separate functions organized in Bagmati Municipality and Hariban.