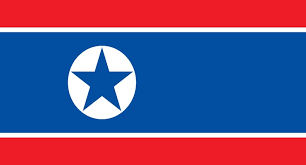 Nepal Foreign Affairs (KATHMANDU, 16 September 2019) – The government of Nepal has banned the operation of businesses operating with investments of North Korean nationals in the country. The government says the decision was made following a UN sanction on the country.

The Department of Industry says currently nine businesses in Nepal have North Korean investments and they have been ordered to close by the end of October.

The department’s director, Prem Luintel, says some new businesses had recently registered with the government and were preparing to launch their operation soon.

Earlier, the government had requested the North Korean Embassy in Kathmandu to take back the investments. The embassy officials had also agreed on the request. However, upon their failure to implement the agreement, the government issued the ultimatum, according to him.

The government had extended visas of foreign workers working for the nine companies up to October 31 only.

North Korean investors were engaged in hospital, restaurant and software businesses in Nepal.