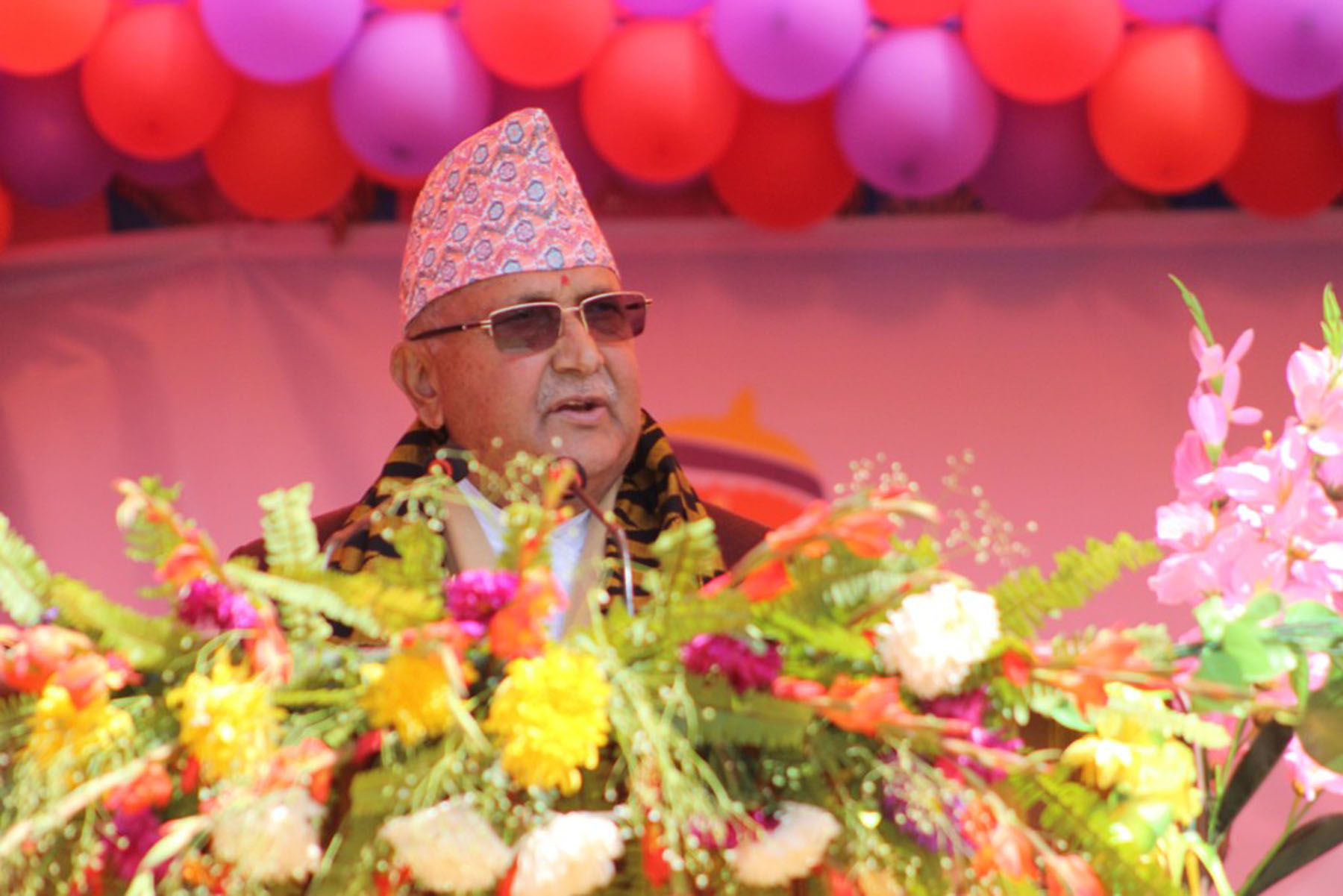 While inaugurating the Greater Pumping Drinking Water and Electrification Project at Yasok of Kummayak rural municipality in Panchthar today, the PM said accelerated development activities were the major goal of the government. Recalling the moments when he was travelling through Yasok and Ranigau some 50 years ago, he said the development of all regions was of equal importance.

Sharing his personal experiences of fetching drinking water by walking up a long distance, he said the government had initiated projects of long-term importance to ensure people’s access to essential services such as motorable road, electricity and drinking water.

“The government has given attention to big road projects and the implementation of Tamor storage-type project in the eastern Nepal,” the Prime Minister said, adding it was positive to give a discount in electricity tariff for the operation of drinking water projects. He urged locals to undertake efforts for the development and promotion of local tourism.

On the occasion, the participants extended best wishes to the PM on the occasion of his 69th birthday. In response, the PM thanked his well wishes. Minister for Water Supplies Bina Magar termed the drinking water management as challenging task and said the government was attempting to avail clean drinking water for all.

“Drinking water is basic need for us as it is related to our daily life and we have realised its proper management as the first step towards prosperity,” she said. Nepal Communist Party (NCP) parliamentary party leader Subash Nembang and Minister for Physical Infrastructures and Transport Basanta Kumar Nembang were also present on the occasion.

The implementation of the project inaugurated by the PM had begun four years ago. He inaugurated the project by opening a water tap at Yasok Bazaar. The then Yasko, Syabrumba and Ranigau village development committees, now parts of Kummayak, were declared dry-hit areas by the government in 2068 BS. The project implemented at the cost of Rs 513 million will benefit 3,043 families.

Under the project, water from the Tamor river have been pumped up to Yasok bazaar located at an altitude of 1,434 meters for the distribution. The pumping site is based in Lumughat of Kusmayak-5 and collected water is distributed via seven pumping stations. So far, 2,200 households have water taps under the project and water taps will be installed in all houses by mid March. Similarly, the PM declared the then three VDCs, which are currently parts of Kummayak rural municipality, as the areas free from darkness. The electrification (under the rural electrification programme) began four years ago was carried out here at the initiation of Syabrumba Electricity Cooperative Ltd at the cost of Rs 105 million.

The electrification has been carried out at Yasoko and Ranigau as well. On the initiation of Phidim Cooperative Ltd, the project was completed at the cost of Rs 79 million and of it, local consumers had contributed some eight million to the project.