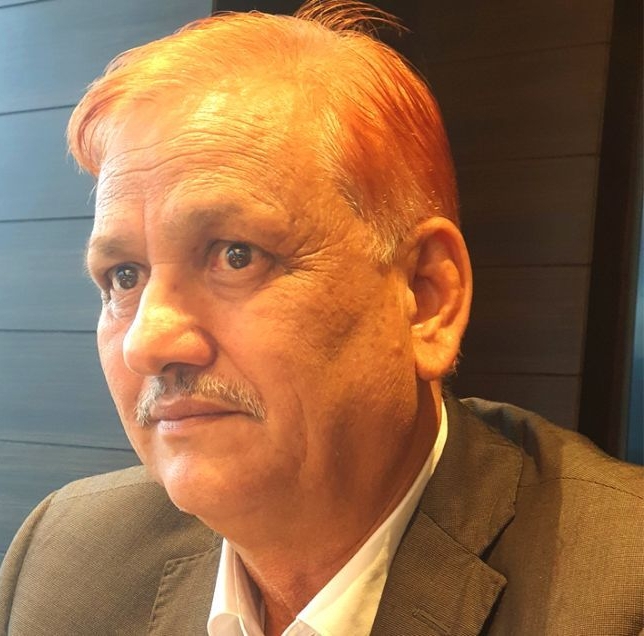 RSS (Ramesh Lamshal and Ashok Ghimire) – The government has intensified its preparation to supply daily essential goods to the people from the convenient places.

As the National News Agency (RSS) reporters reached the Pulchowk-based quarters of Minister for Industry, Commerce and Supply, Lekharaj Bhatta, he was found engaged on how supply system could be made smooth. He was talking with the stakeholders on how 16 trucks of medicine and medical items stuck at Raxaul of Nepal-India border could be brought to the country.

Information to this was earlier shared to Deputy Prime Minister and Defense Minister Ishwor Pokhrel by a noted cardiologist Dr Bhagawan Koirala. With the enquiry with the Ministry secretary, Minister Bhatta received the phone by secretary Baikuntha Aryal that the obstructed trucks had already left for the country. Minister Bhatta then relayed the message to the DPM and coordinator of high level committee on prevention and control of coronavirus, Ishwor Pokhrel. The truck obstructed at border would arrive in the Kathmandu Valley by this evening.

“The government is actively working with effective communication and coordination with ministers, secretaries, subordinate bodies, NGOs and private sectors so that supply of essential goods as medicine and petroleum products would not stop during the lockdown,” Minister Bhatta said to the RSS team. 29 mini trucks ready to supply daily essential goods According to him, over two dozens of mini trucks were ready to supply daily goods- 15 in Kathmandu, and seven each in Bhaktapur and Lalitpur. “Rice, pulse, cooking oil, salt, potato, onion are being supplied to the needy areas,” he added.

In case of scarcity of daily essential goods, one can call at toll free number 1137 so that the government team reaches there with the supply. The mini trucks would be reached at people’s door steps- to their convenient places. Similarly, big trades groups as Bhatbhateni, Big Mart, Sails Berry are asked to supply the goods accordingly. Concerned district administrations have issued pass for the transport made by the business organizations. Milk tankers are coming unobstructed from the neighboring districts as Kavrepalanchowk, Dhading and Nuwakot to the Kathmandu Valley. “I’ve discussed with Truck Entrepreneurs’ Federation and urged it not to delay and stop the supply of essential goods,” he shared. The Federation is asked to provide incentives to the truck drivers and other employees who work in the crisis.

The government has taken special initiatives to ensure smooth supply of cooking gas in view of 21-day lockdown imposed by the Indian government since Tuesday night, he said. “This has added to additional challenges. Gas bullets have been imported from India. Around 22 gas bullets were imported from India on Tuesday. The government is serious on seeking alternatives if Indian drivers deny supplying gas bullets. We have made efforts to hold diplomatic talks with Indian side in this regard.” Arrangements have been made to organise regular talks between commerce secretaries of Nepal and India to facilitate regular supplies, he said, adding that so far no supplies from India into Nepal have been obstructed.

A study has been conducted to find the food availability in districts outside the Kathmandu Valley, said Bhatta. “Food grains have been transported to three districts. Now we have enough food stocks to last six months. We have asked districts outside the Valley to report situations of food grains there so as to determine what amounts of foods are needed.” Mugu, West Rukum and Jajarkot are struggling without foods according to a report on Tuesday evening, he said. Following this, he said he directed the concerned authorities to supply foods to the districts. The Food Management and Trade Company Ltd has stocked 25,000 metric tonnes of rice and 20,000 metric tonnes of paddy. Similarly, Salt Trading Corporation Limited has stocked salts that would last approximately 10 months and sugar that would last around three months, it was said.

Industrialists have been directed to keep 100,000 filled gas cylinders ready and be prepared to supply additional cooking gas if need be, he said. “We need help from people and media in this situation,” he said. The government was serious on daily wagers who have been affected by lockdown, he said.