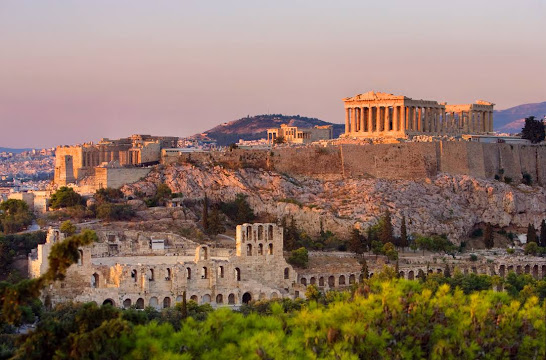 It was part of the biggest bailout in global financial history, totalling some €289bn, which will take the country decades to repay.

Deeply unpopular cuts to public spending, a condition of the bailout, are set to continue.

But for the first time in eight years, Greece can borrow at market rates.

The economy has grown slowly in recent years and is still 25% smaller than when the crisis began.

“From today, Greece will be treated like any other Europe area country,” the EU’s Commissioner on Economic and Financial Affairs, Pierre Moscovici, said on Monday.

Its reforms had, he said, “laid the foundation for a sustainable recovery” but he also cautioned that its recovery was “not an event, it is a process”.

According to the International Monetary Fund (IMF), only four countries have shrunk economically more than Greece in the past decade: Yemen, Libya, Venezuela and Equatorial Guinea.

How was Greece bailed out?

The last €61.9bn was provided by the European Stability Mechanism (ESM) in support of the Greek government’s efforts to reform the economy and recapitalise banks.

The bailout – the term given to emergency loans aimed at saving the sinking Greek economy – began in 2010, when eurozone states and the IMF came together to provide a first tranche of €20bn.

The European single currency had fallen to its lowest level against the dollar since 2006 and there were fears the debt crisis in Greece would undermine Europe’s recovery from the 2008 global financial crisis.

At the worst moments of the crisis, there were doubts about whether the eurozone would survive at all. There seemed to be a real possibility that Greece and perhaps others might have to give up the euro.

The response included bailout loans, for a total of five countries, and a promise from the European Central Bank that it would, if necessary, buy the government debts of countries in danger of being forced out of the eurozone.

Set up by eurozone states, the ESM had been prepared to provide a further $27bn to Greece but said the country had not needed to call on it.

“Greece can stand on its own feet,” said ESM chairman Mario Centeno.