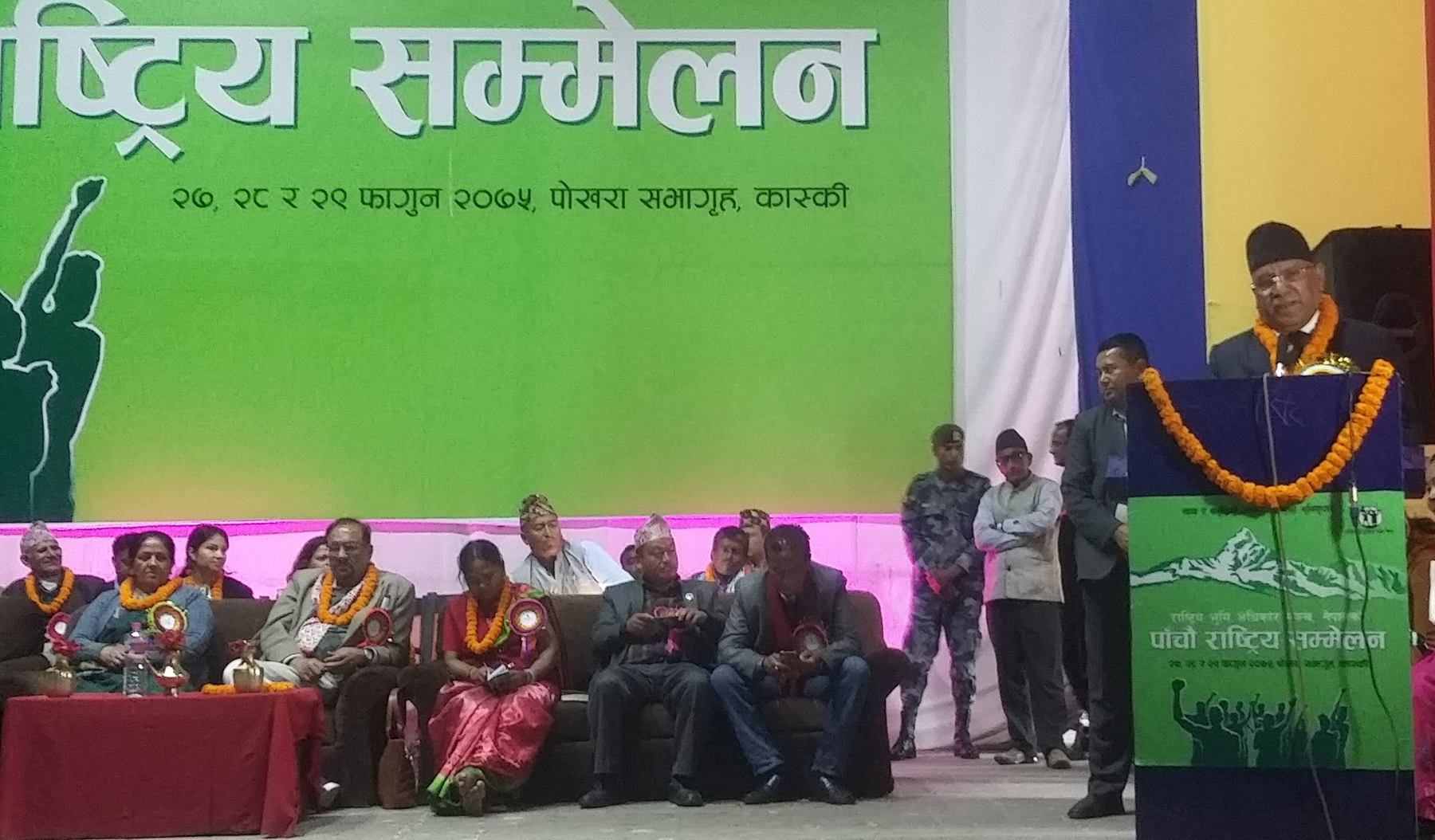 Nepal Foreign Affairs (KATHMANDU, 11 March 2019) – Chairman of the Nepal Communist Party (NCP) Pushpa Kamal Dahal ‘Prachanda’ has insisted that no one should have qualms over the agreement signed between the government and CK Raut.

Addressing a press meet organised by Press Organisation Nepal Kaski here today, the former Prime Minister described the agreement as an effort to bring a group that has been waging a secessionist movement into the political mainstream.

He said the agreement was reached with the intention of bringing (CK Raut-led group) into the political mainstream as per the main spirit of the constitution, national integrity and independence as well as on the basis of the discussions held in the party meeting and the government.

Stating that it was appropriate for the government to try and bring all types of political tendencies into the political mainstream, the party Chairman said this shows that the government was serious towards imbibing the greater national unity, independence and participation of all groups.

He added that agreement has been made as per the goal of accommodating all as far as possible for bolstering national unity, clarifying that there was no need of even debating much on the language and other topics related to the agreement. Issues like public consent, referendum have to be decided by two-thirds majority by parliament, Chairman Prachanda explained.

Noting that the government would move ahead by accommodating all, he urged the Biplav-led Maoist party to join the mainstream politics by holding talks with the present communist-led government.

“There is no any meaning of conducting politics based on bombing and arms in Nepal now as the present situation has qualitatively changed. The politics of arms and violence is not possible now and the state will also not stay mum to that regard,” he warned.

Stating that the remaining works pertaining to party unification have reached the final phase and they were in the course of finalizing the same, the party Chair said the government too was moving ahead in its pace.

“Although there was some letup in the government’s work due to the tight schedule of formulating many laws, the government is moving ahead in carrying out its works including development and construction works,” he added.

He said works have been done regarding social security, ending unemployment, among others. Saying the people have reposed hope and faith in the NCP, the presence of a mass of people in a programme held by the party recently in Rautahat proved this.