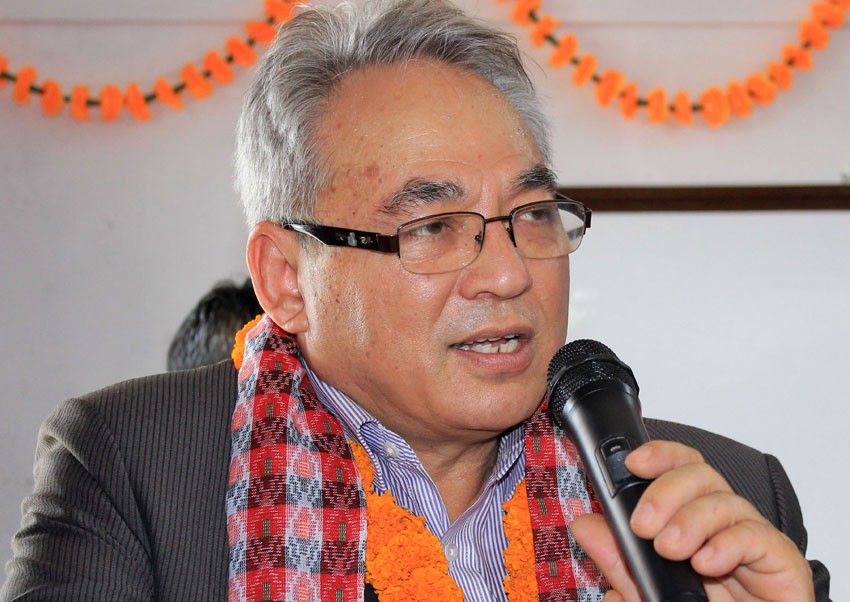 Nepal Foreign Affairs (KATHMANDU, 11 December 2018)- A six-member high level taskforce has been formed to address disputes emerged regarding the political, legal and economic issues between the federal and province level and between the provinces (states).

The first meeting of the Inter-State Council concluded at the Office of the Prime Minister and Council of Ministers, Singha Durbar today constituted the committee under the convenorship of Minister for Home Affairs Ram Bahadur Thapa, said Minister for Communications and Information Technology Gokul Prasad Baskota.
The taskforce has been assigned to submit the report on coming December 18. Other members in the taskforce are Finance Minister Dr Yuba Raj Khatiwada; Minister for Federal Affairs and General Administration Lalbabu Pandit; Province 2 chief minister Lalbabu Raut and province 5 chief minister Shankar Pokhrel.
It comprises Chief Secretary Lokdarshan Regmi as the member secretary. The Article 234 of the Nepal’s Constitution has the provision of the Inter-State Council to settle political disputes arising between the Federation and a State and between States and the Prime Minister shall be its Chairperson.