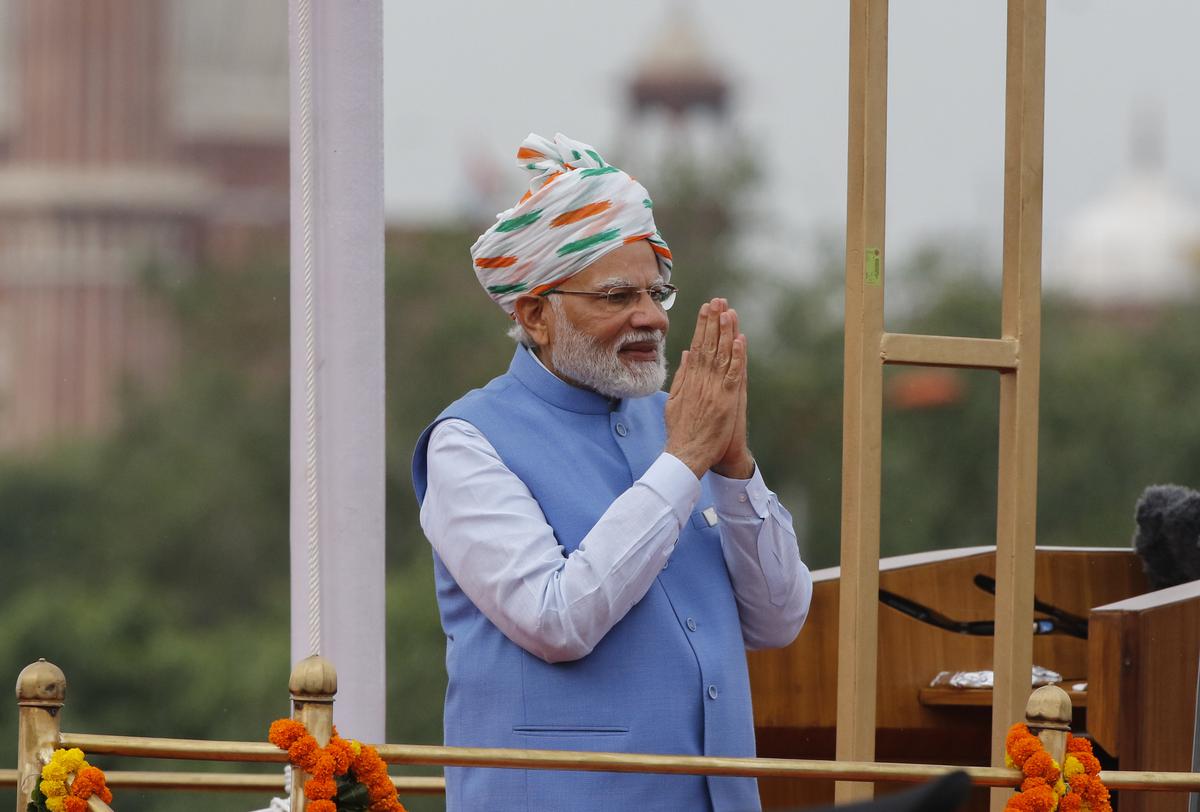 PTI (15 August 2022) – Prime Minister Narendra Modi on Monday, the 76th Independence Day, set an ambitious target of making India a developed nation by 2047 and made a renewed pitch for cutting import dependence and boosting domestic manufacturing.

Addressing the nation from the ramparts of the Red Fort on the 75th anniversary of Independence, Mr. Modi coined ‘Panch Pran’ or lifeblood resolves for the nation when it celebrates its 100th year of independence in 2047.

India, which is the world’s sixth largest economy with a GDP of $2.7 trillion, is currently classified as a developing nation.

A developed country is typically characterised by a relatively high level of economic growth, a general standard of living, and higher per capita income as well as performing well on the Human Development Index (HDI) that includes education, literacy and health.

India was classified as a ‘third-world’ country at the time of Independence from British rule in 1947. But over the past seven decades, its GDP has grown from just ₹2.7 lakh crore to ₹150 lakh crore.

The nation weathered many crises to be ranked among the biggest economies of the world and the fastest growing major economy on the planet.

In his address, the prime minister rooted for a self-sufficient nation not just in manufacturing all it needs but also in energy.

While the country is addressing energy security by increasing focus on renewable sources, biofuels and hydrogen, it is promoting domestic manufacturing through schemes such as PLI that provide Rs 1 lakh crore of incentives to local production units.

“Through the PLI schemes, we are becoming the manufacturing powerhouse of the world. People are coming to India to Make-in-India,” he said.

India imports 85% of its oil needs and half of its natural gas requirements. These imports are being sought to be cut by mixing ethanol extracted from sugarcane and other agri commodities as well as producing hydrogen, he said.

“There are multiple employment opportunities opened with the creation of Green Jobs,” he said referring to job creation by the clean energy sector.

The Digital India Movement with the production of semiconductors, 5G networks, and optical fibre networks show has shown great results in education, healthcare and changes in common man’s lives, he said. “India’s techade is here! With 5G, semiconductor manufacturing and OFCs in villages, we are bringing a revolution through Digital India to the grassroots level.” The success of Digital India and startups is clearly visible in Tier-2 and Tier-3 cities, he said, adding the country has made rapid progress in electronic goods and mobile phone manufacturing.

He said in the last eight years, direct transfer of subsidy and other benefits to the actual users through Aadhaar and mobile has checked pilferage of ₹2 lakh crore.

“India’s industrial growth will come from the grassroots. Our MSMEs, street vendors and those working in the unorganised sectors need to be strengthened,” he said.

From the space sector to drone manufacturing to natural farming, India is progressing rapidly in every sector, he said adding even children are now saying no to imported toys.

“When a 5-year-old says ‘No videshi’, Aatma Nirbhar Bharat runs through his veins,” he said.

The Prime Minister said natural farming will give new strength to India.

From renewable energy to increasing infrastructure for medical education, India has improved on every front. “From space sector to drone manufacturing to natural farming, India is progressing rapidly in every sector,” he said.