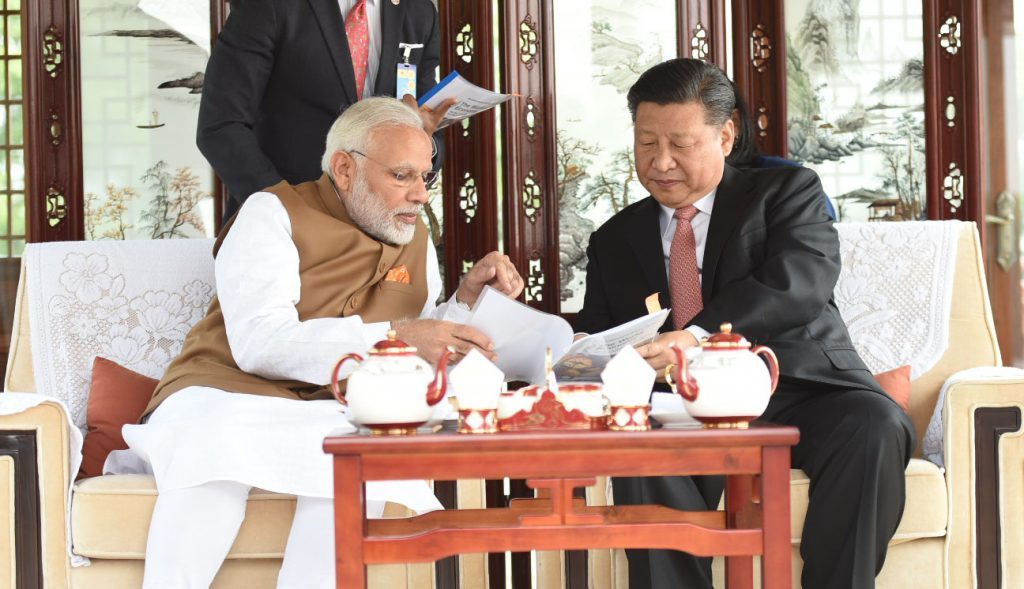 By PTI (30 July 2019) – India and China on Monday reviewed the situation in the border areas and progress made in effective implementation of confidence building measures to improve the relations between their troops on the ground ahead of Chinese President Xi Jinping’s visit to India later this year to hold second informal summit with Prime Minister Narendra Modi.

Both sides held the 14th meeting of the Working Mechanism for Consultation and Coordination (WMCC) on India-China Border Affairs in Beijing on Monday, a press release issued by the Ministry of External Affairs said.

During the meeting, both sides reviewed the situation in the border areas in accordance with the importance placed by leaders of both countries for effective border management, it said.

The two sides took note of regular exchanges at the troops level and at diplomatic level, including under the WMCC framework, for maintaining peace and tranquillity in the border areas, it added.

They also reviewed the progress made in effective implementation of various confidence building measures (CBMs) to further enhance mutual trust and understanding. The importance of maintaining peace and tranquillity in the border areas as a prerequisite to smooth development of overall bilateral relations was acknowledged by both sides, it said.

The WMCC was established in 2012 as an institutional mechanism for consultation and coordination for management of India-China border areas as well as to exchange views on strengthening communication and cooperation, including between the border security personnel of the two sides.

India and China have 3,488-km long Line of Actual Control (LAC) between them.

While the WMCC is focussed on management of relations between the troops on the ground in border areas, the Special Representatives mechanism between the two countries is engaged in finding a solution to the vexed boundary issue between the two neighbours.

The two countries have so far held 21 rounds of Special Representatives talks to resolve the border dispute.

The WMCC mechanism headed by the senior officials has also become a major platform between the two countries to exchange views on strengthening communication and cooperation, including between the border security personnel.

Both sides are now holding preparatory meetings for Xi’s visit to India later this year for the second such summit with Modi.

The Indian delegation at Monday’s talks was led by Naveen Srivastava, Joint Secretary (East Asia), Ministry of External Affairs, and the Chinese side was led by Hong Liang, Director General, Department of Boundary and Oceanic Affairs, Chinese Ministry of Foreign Affairs.

The two sides agreed to hold the next meeting of the WMCC at a mutually convenient date.