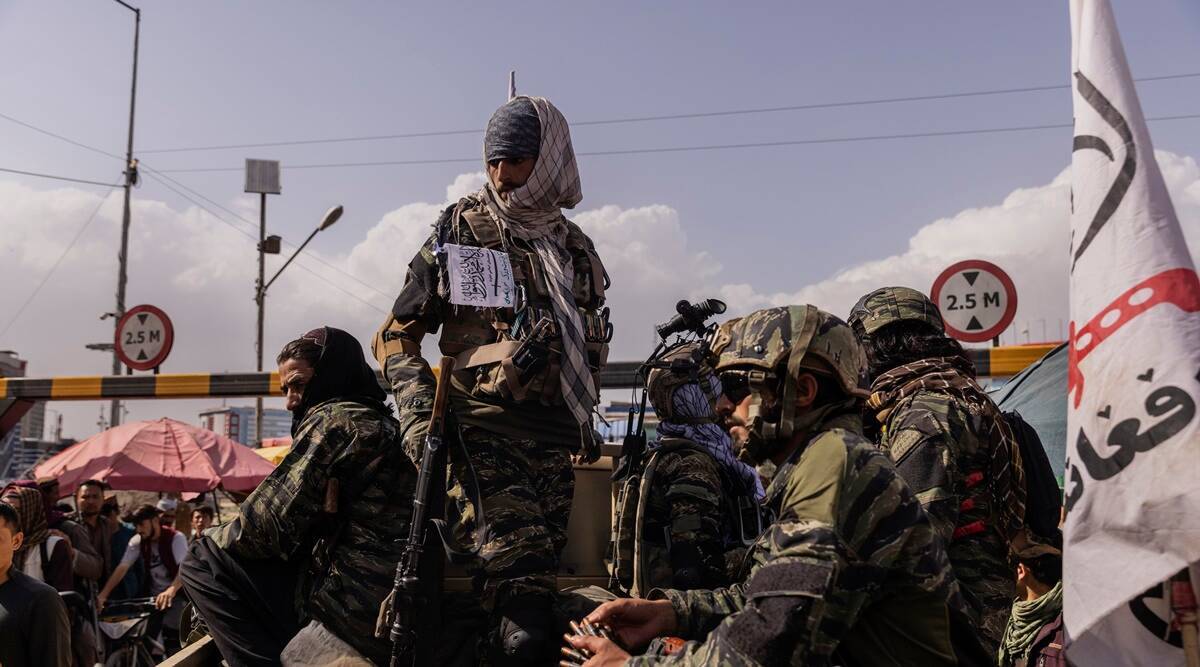 Agencies (KATHMANDU, 1 September 2021) – Around the time the last US soldier was exiting Kabul, the United Nations Security Council, under India’s presidency, adopted a resolution that gave de facto recognition to the Taliban as a state actor in Afghanistan.

The resolution, sponsored by France, UK and the US, was adopted with 13 members, including India, voting in favour, none against it. But permanent and veto-wielding members Russia and China abstained.

The resolution, the first to be adopted after the Taliban’s capture of Kabul on August 15, said the territory of Afghanistan is not to be used to threaten any country or shelter terrorists, and that the international community expects the Taliban to adhere to the commitments they made regarding the safe and orderly departure of Afghans and all foreign nationals from the country.

Foreign Secretary Harsh Vardhan Shringla chaired the session in which the resolution was adopted — India’s presidency ended Tuesday. He said the resolution “unequivocally” conveys that Afghan territory should not be used to threaten or attack any nation, shelter or train terrorists, and this is of “direct importance to India”. He said it sends a “strong signal” from the international community on its expectations from Kabul.

The UNSC resolution named the Taliban five times, but did not condemn the grouping. Rather, it “noted” Taliban’s “commitments” about “the safe, secure, and orderly departure of Afghans and all foreign nationals from Afghanistan”.

It did not, however, spell out any provision to punish the Taliban if they failed to allow such departures or follow the commitments.

Vassily Nebenzia, Russia’s envoy to the UN, said the resolution wasn’t specific enough about terror threats, did not speak of the “brain drain” effect of evacuating Afghans and did not address the economic and humanitarian consequences of Washington freezing the Afghan government’s US accounts following the Taliban takeover.

He said Moscow “was forced” to abstain during the vote on the resolution on Afghanistan “because the authors of the draft ignored our principled concerns”.

China shared some of Russia’s concerns and criticised the US for civilian casualties in a drone strike that American officials said hit a vehicle carrying multiple Islamic State suicide bombers. Beijing said the current chaos was a direct consequence of Western countries’ “disorderly withdrawal”.

Chinese ambassador Geng Shuang said the countries concerned circulated the draft resolution last Friday, “demanding action” to be taken on Monday. He said “in the face of the fundamental changes in the domestic situation in Afghanistan, it is necessary for the international community to engage with the Taliban, and actively provide them with guidance”.

After the vote, US ambassador Linda Thomas-Greenfield said: “We cannot airlift an entire country to safety. This is the moment where diplomacy has to step up.” She expressed disappointment over Russia and China’s abstentions.

While France’s proposal of “a ‘safe zone’ in Kabul that will allow humanitarian operations to continue” was not part of the final resolution, the final text called upon the Taliban to allow “full, safe, and unhindered access” to the United Nations and other agencies to provide humanitarian assistance.