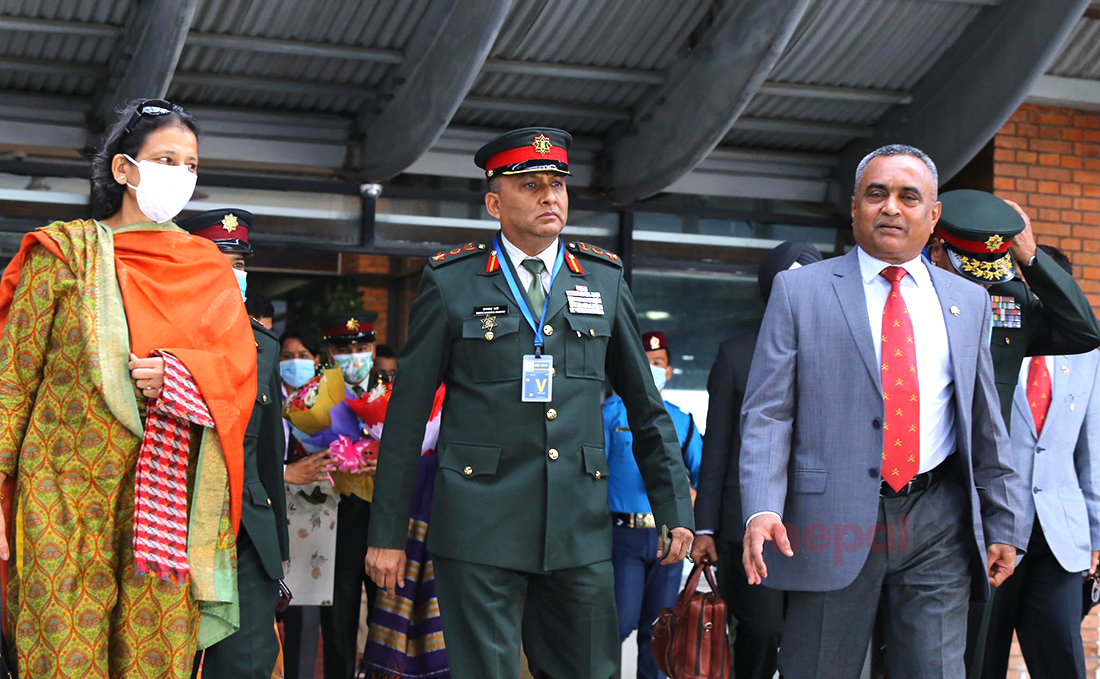 Agencies (4 September 2022) –  Indian Army chief, Gen Manoj Pande arrived in Nepal on Sunday on a five-day official visit during which he will have extensive talks with the country’s top civil and military leadership.

In his visit, made at the invitation of his Nepalese counterpart, Gen Prabhu Ram Sharma, he is heading an 11-member delegation.

During his visit, General Pande is set to meet President Bidhya Devi Bhandari and Prime Minister Sher Bahadur Deuba who also holds the Defence Ministry. Pande will also hold delegation-level talks with his counterpart, Gen Sharma, where both chiefs will talk over a wide range of issues associated with military and defence cooperation, according to Nepal Army.

It is proposed that both sides will talk on Agnipath, the Indian government’s new recruitment scheme for soldiers under which 75 per cent will be retired after serving four years and get a gratuity, while the remaining 25 per cent will get a chance to serve full term and get pension.

Nepali youths have also been recruited in the Indian Army for a long time but now, Nepal is hesitant to go on, due to the new scheme. The Nepal government has not allowed the recruitment process requested from the Indian side.

Nepali officials said that besides other regular military and defence issues between Nepal and India, the Agnipath scheme will also be discussed during the visit.

Continuing a tradition of friendship between both armies, the Indian Army chief will be conferred with the honorary rank of General of Nepal Army on September 5 in a ceremony at Sital Nivas, the official residence of the President.

According to the itinerary, Pande will visit the Nepal Army headquarters where he will pay homage to fallen soldiers and have talks with the senior leadership of the Nepali Army. He will hand over 10 armoured personnel carriers to Nepal Army as a present from Indian Army.

Pande will also interact with the student officers and faculty of the Nepali Army Command and Staff College during his visit Shivpuri. He is also set to meet Prime Minister Deuba on September 6.

“India-Nepal relations are historic, multifaceted and marked by common cultural and civilisational ties, apart from mutual respect and trust. India attaches highest priority to its relationship with Nepal in accordance with its ‘Neighbourhood First’ and ‘Act East’ policies. This visit will provide an opportunity to take stock of the existing bilateral defence ties and strengthen cooperation in areas of mutual interest,” said a statement issued by India’s Ministry of Defence ahead of his Nepal visit.