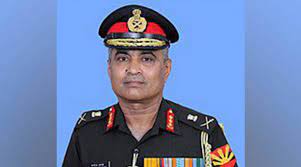 According to the Nepali Army, the Indian army chief is arriving at the official invitation of Chief of Army Staff (CoAS), Prabhu Ram Sharma, leading a five-member delegation. During the five-day visit to Nepal, General Pande will attend a wreath-laying ceremony at the Tundikhel-based Monument to the Brave Soldier and observe a guard of honour to be presented him at the NA Headquarters, Bhadrakali, according to NA Directorate of Public Relations and Information.

Similarly, he is scheduled to sit for bilateral talks with CoAS Sharma, to attend a programme to hand over assistance on behalf of the Indian Army to the NA, to hold interactions with the students of Army Command and Staff College and to visit the Mid Command Headquarters.

As the major highlight of the visit, President Bidya Devi Bhandari will confer the honorary title of the NA CoAS General to the Indian Army Chief Pande amidst a special ceremony. The Indian Army Chief will hold an official meeting with Prime Minister and Minister for Defence, Sher Bahadur Deuba, during the visit, according to the Directorate.

The sources have said the visit would explore ways to boost overall strategic ties between the two countries. The Army chief will discuss on key issues relating to military cooperation during the visit.