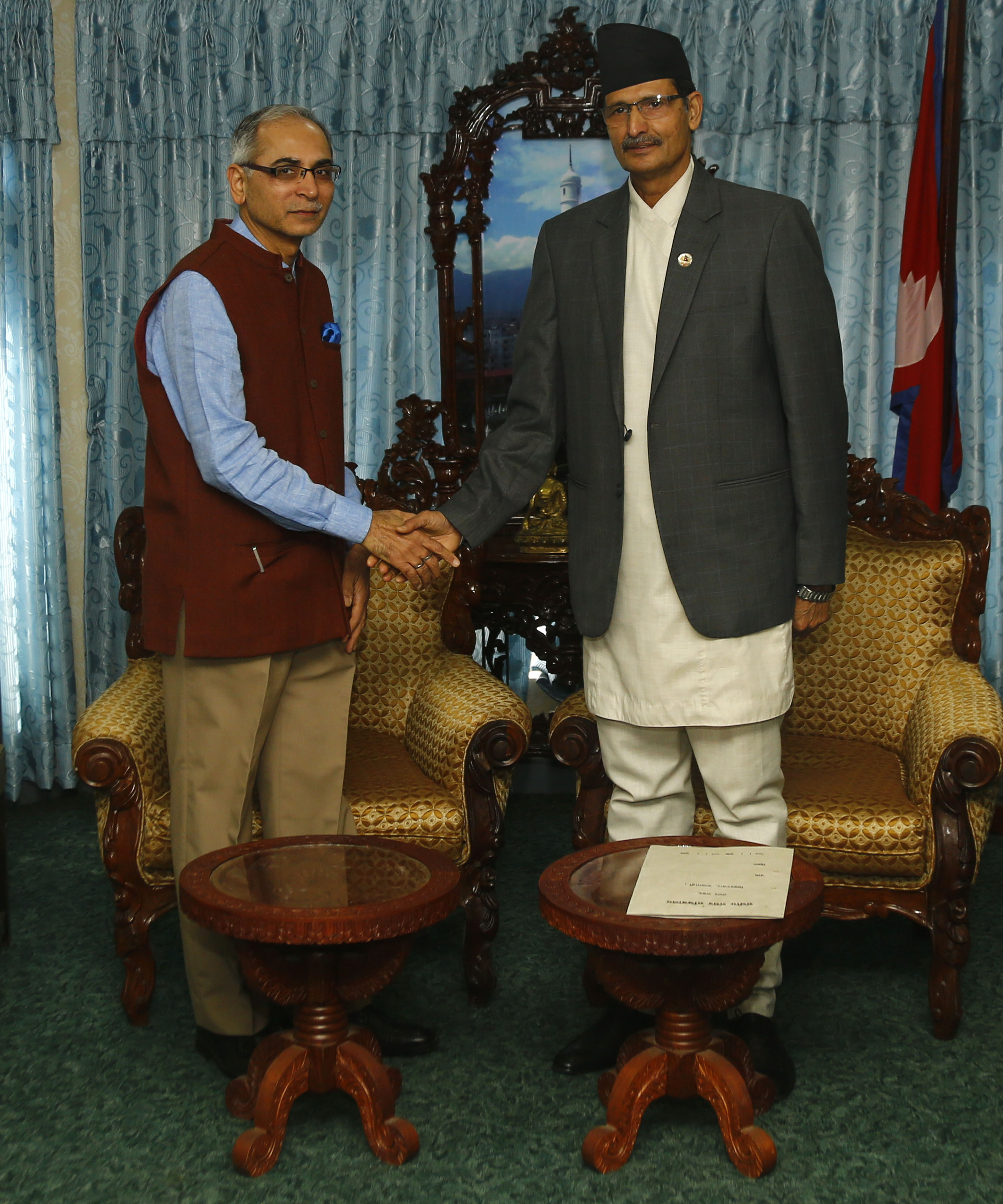 During the meeting held at the office of Speaker at Singha Durbar, the Speaker recalled the 73 years of formal diplomatic relations between Nepal and India, and added that the bilateral relations are at government, parliament and people levels.

Expressing gratitude towards India’s support in rescue, relief and reconstruction tasks after Gorkha Earthquake in Nepal, he expressed happiness for agreement on long-term importance between the two countries in recent period, according to the Speaker’s Secretariat.

On the occasion, Indian Ambassador Kwatra congratulated Sapkota on his election to the post of Speaker and extended his best wishes for the successful term. He said Nepal-India relations are broad and deep, and expressed the belief that the relations would be further strengthened.