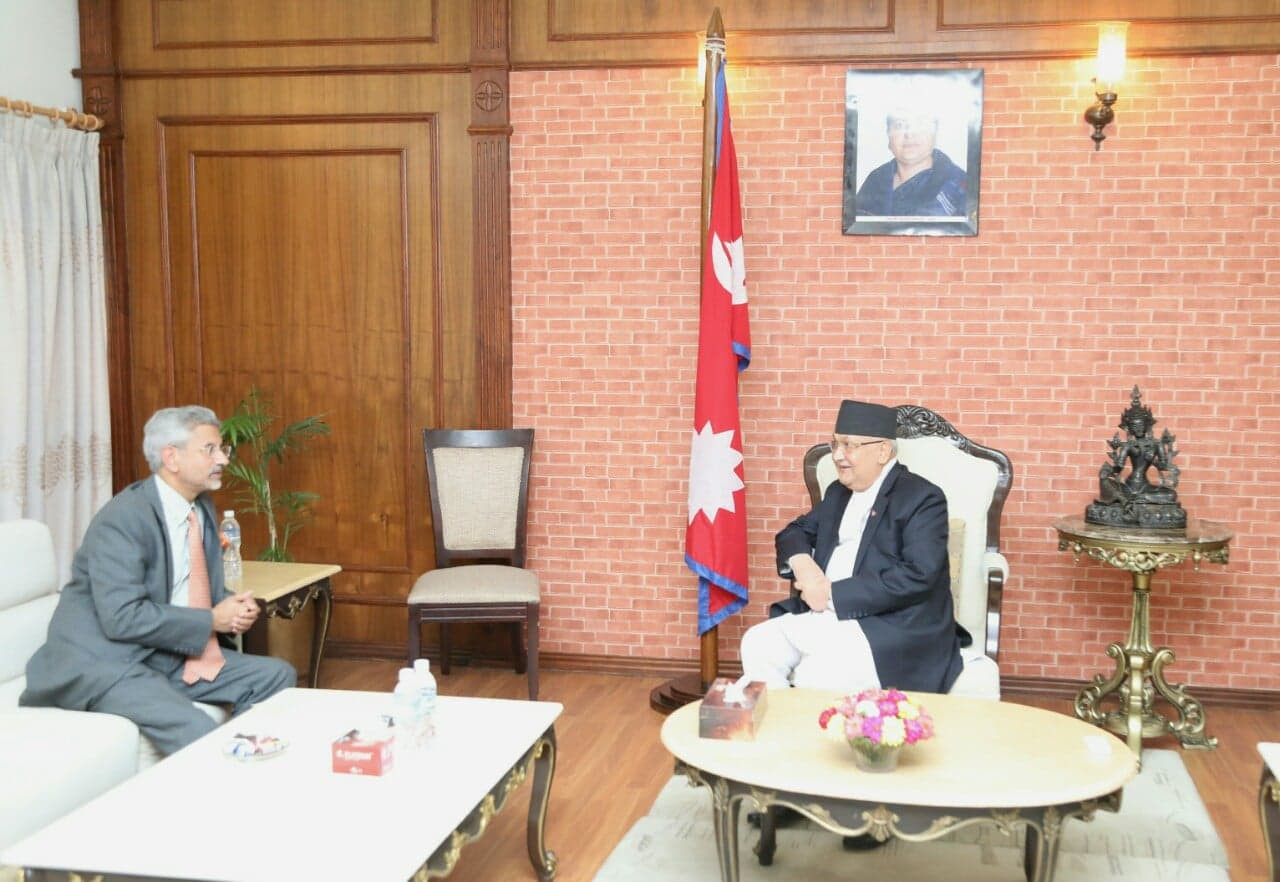 Nepal Foreign Affairs (KATHMANDU, 21 August 2019) – Indian Minister for External Affairs Subrahmanyam Jaishankar met Prime Minister (PM) KP Sharma Oli at the latter’s residence in Baluwatar om Wednesday after arriving earlier on the day on a two-day official visit.
PM Oli and the Indian minister talked about bilateral issues during the meeting. Arriving on the invitation of Minister of Foreign Affairs Pradeep Kumar Gyawali, Jaishankar will take part in the fifth meeting of Nepal-India Joint Commission kicking off today in the capital. He will co-chair the meeting with Gyawali.
This is the first Nepal visit as minister for Jaishankar who was foreign secretary at the time of Indian blockade on Nepal.
The then foreign secretary Jaishankar had visited Nepal days before promulgation of the Constitution in September 2015 to persuade Nepali leaders to postpone promulgation to include the demands of agitating Madhes-based parties.
He was apparently miffed at the reluctance of Nepali leaders to heed his advice and was believed to be the key man to convince Indian Prime Minister Narendra Modi to impose blockade on Nepal immediately after promulgation of the Constitution.