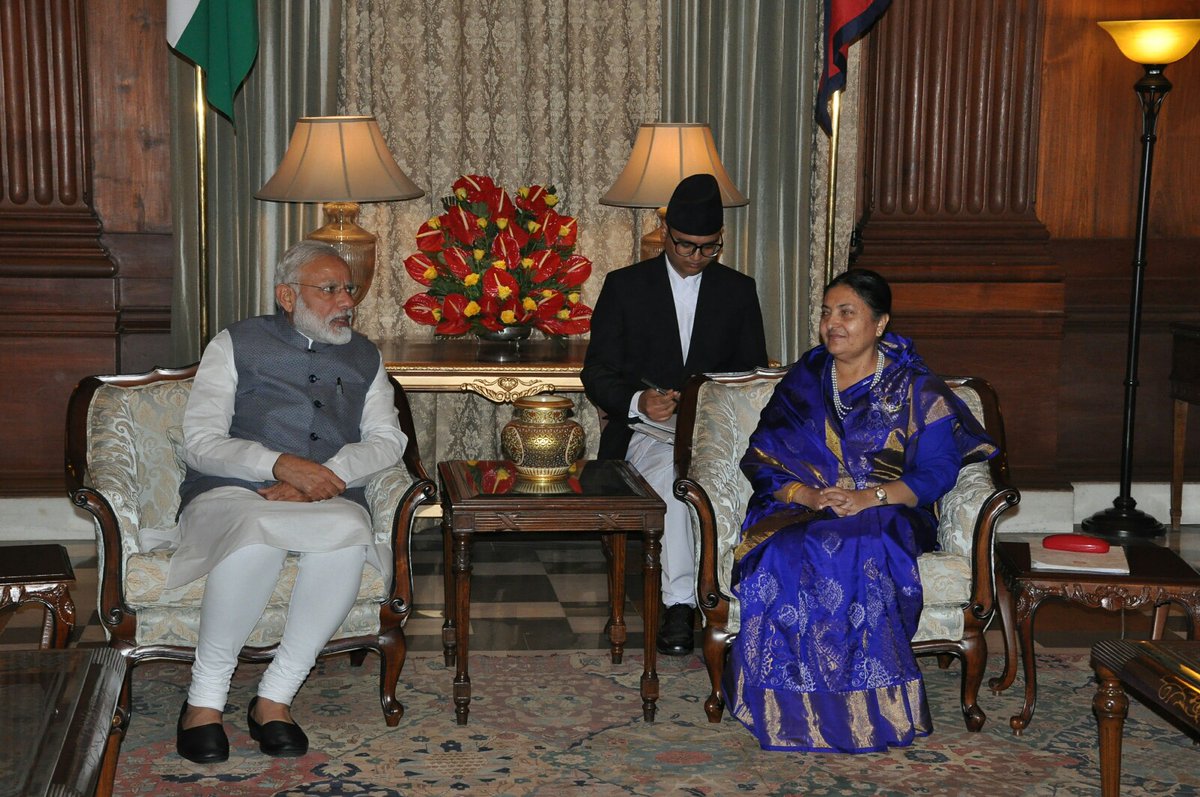 In the meeting, President Bhandari said Nepal government is striving to implement the new constitution and underscored the need for support from international community including India for the same.  According to the press release issued by the Nepali Embassy in Delhi, the duo discussed bilateral relations and the current political situation in Nepal.

According to Foreign Minister Prakash Sharan Mahat, PM Modi said that India has always been standing by Nepal and Nepali people and would continue its support in Nepal’s development efforts.

It has been learnt that Modi didn’t talk about the local level elections slated for May 14 and the ongoing dissatisfaction in Nepal’s Terai region. Instead, he expressed his readiness to strengthen the people-to-people relations between the two neighbours.