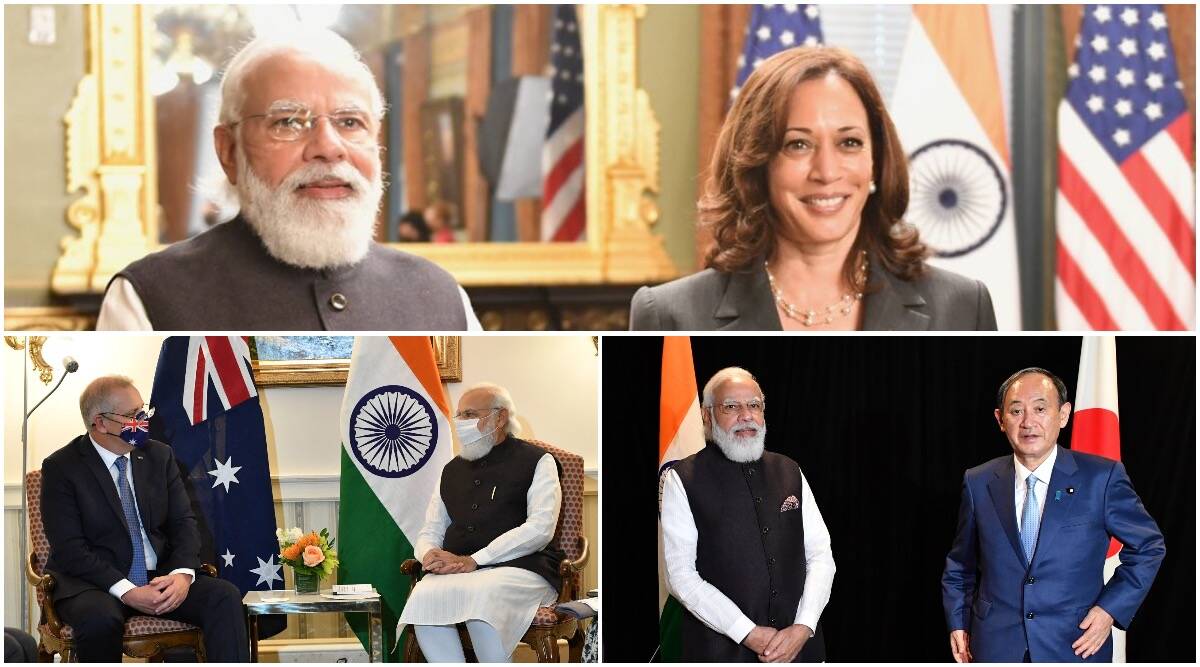 During his first in-person meeting with Vice President Kamala Harris at the White House, PM Modi described India and the US as “natural partners” as the two leaders pushed to further cement the Indo-US strategic partnership. They also discussed global issues of common interest, including threats to democracy, Afghanistan and the Indo-Pacific, news agency PTI reported.

“India and America are natural partners. We have similar values, similar geopolitical interests,” Modi said in a joint-press briefing with Harris on Thursday. Since India and the US are the world’s oldest democracies, the two countries share values, PM Modi said. Coordination and cooperation between the two countries is continually growing, he added.

“You are the source of inspiration for so many people across the world. I am completely confident that our bilateral relationship will touch new heights under President Biden and your leadership,” he told Harris, and invited her to visit India.

In a meeting on the sidelines of the upcoming Quad meeting, PM Modi and his Japanese counterpart Yoshihide Suga reviewed the bilateral relationship between India and Japan, and reaffirmed their commitment towards a free, open and inclusive Indo-Pacific region.

“The two Prime Ministers reviewed the multi-faceted relationship between the two countries and exchanged views on recent global and regional developments, including in Afghanistan. They reaffirmed their commitment towards a free, open and inclusive Indo-Pacific region,” read a statement released by the Ministry of External Affairs (MEA).

They spoke about increasing economic engagement between the two countries, and welcomed the launch of the Supply Chain Resilience Initiative (SCRI) between India, Japan and Australia earlier this year.

They also spoke about the need to advance efforts to facilitate the smooth and timely implementation of the Mumbai-Ahmedabad High Speed Rail (MAHSR) project.

Covid-19, trade, defence, clean energy, regional and global developments were on the agenda when PM Modi and Australia’s Prime Minister Scott Morrison met in person in Washington DC. This comes just a week after Morrison rang Modi to tell him about the Australia-UK-US (AUKUS) pact, which was announced recently.

On Friday evening 8.30 pm IST — 11 am in Washington DC — Modi will meet President Biden at the White House, which will be followed by the Quad leaders’ summit.