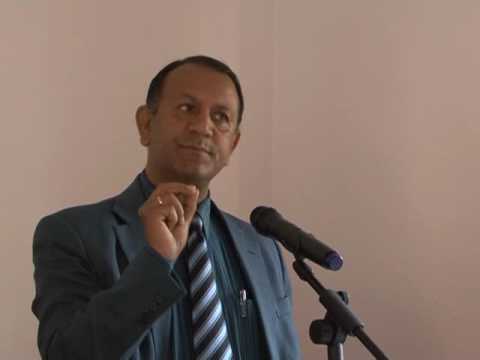 By Yubaraj Sangroula (13 July 2017) – The current border dispute between New Delhi and Beijing is occurring at a time when China has undertaken the bold step to revive the ancient Silk Road and maritime trading routes.

The project is now in a stage of being materialized, with a focus on the region that covers China, Nepal and India in the Himalaya mountains. The initiative is potentially beneficial for all of them because it is providing a shared opportunity for cooperation among all. It is an instrument for reshaping the world economic order by replacing or ending the colonial paradigm of development into a new one benefiting all nations as partners.

However, some powerful nations are unjustly trying to upset this progress by engaging themselves in activities that are not only undermining the importance of the Belt and Road initiative, but that are also diametrically opposite to the idea of partnership among nations.

This is nothing but a tendency of prolonging the idea of hegemony and a divided world. Reactionary nationalism is lifting its head to the surface, in Western countries in particular.

While the strength of this unbecoming development is not yet unmanageable, it definitely does indicate that something bad is “brewing up.” Against this background, it is a better idea for countries in Asia to forge better relations by working under the Belt and Road initiative to ensure a peaceful atmosphere for the prosperity of people.

The reactionary nationalism represented by “Donald Triumph” is a rejection of the people’s need for development that can ensure an inclusive prosperity for all human beings. The initiative of the Belt and Road put forward by Chinese President Xi Jinping is, thus, not merely a strategic plan of development but it also represents a goal of peace and human progress.

India naturally would be a beneficiary of the initiative, because the plan opens an immense opportunity for enhancing trade in Southwest China and Central Asia. The initiative will also be a boon for North India, where several provinces like Bihar and Uttar Pradesh are trapped in a state of massive poverty.

In such an opportune moment for the development of relations between India and China, India should take great caution in their relations, in order to prevent any issues along the border that may unleash a fresh gush of suspicion.

India’s decision to remain outside the Belt and Road framework seems to go against the current of the times, and may deny the entire South Asia the benefit of connectivity with China and the fruits of its economic development. Further, it may severely harm the prospects of Asia emerging as an advocate of the new economic world order..

No doubt, the initiative emerged in China, but it does not mean that its goals will only benefit China. The greater benefit actually would go to South Asia, India being the largest stakeholder in the region in terms of territory, population as well as the size of its economy.

The region of South Asia is poorly developed in infrastructure networks, energy production and supply, as well as the standard of technological achievement in its industrial production systems. It is sad to say that the region is home to 43 percent of the globe’s poverty-stricken people, who are forced to go bed without food. Over 60 percent of this poor population comes from India alone.

This grotesque condition itself reminds us that any venture that generates a wider possibility of connectivity opens gates for new opportunities leading toward the greater prosperity of people. The dispute arising along the India-China border, in this perspective, will definitely jeopardize the flourishing trust and friendly relations between China and India, thus reducing, if not ending, the prospect of mutual investment, enhanced trade and other development prospects.

India has the great responsibility, under an 1890 treaty between China and Britain, to de-escalate tension by withdrawing its troops. Any argument that claims a “right” to protect the sovereignty of Bhutan will eventually fail under international law.

It can be argued that Bhutan as an independent nation can settle any issue concerning disputes along its border by dialogue with China, if any such dispute arises. India as an important nation has an obligation to address bilateral issues by peaceful means through negotiation.

India’s attempt to resort to gaining military supremacy with the support of the US and its allies will further worsen the situation. India and its neighbors’ best interests are better protected by its thoughts and acts of “becoming an integral part of Asia” rather than becoming an ally of Western countries.

The author is a professor of International Law in Nepal and guest professor at Renmin University of China Law School. [email protected]. This artilce was originally posted in The Global Times on 13 July 2017.