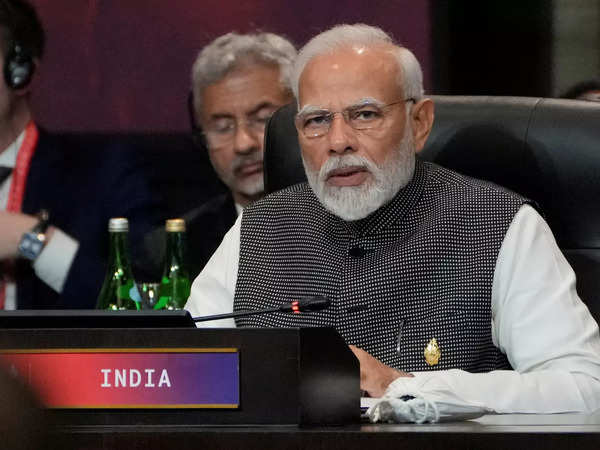 G20 is the premier forum for international economic cooperation representing around 85 per cent of the global GDP, over 75 per cent of the worldwide trade, and about two-thirds of the world population. On December 1, Prime Minister Narendra Modi said India’s agenda for the G20 will be inclusive, ambitious, and action-oriented. In his blog post, PM Modi said India will work to promote a universal sense of oneness and its priorities will be shaped not only in consultation with G20 partners but also with the Global South.

He underlined that the great challenges of today like climate change, terrorism, and pandemics, cannot be solved by fighting each other but by acting together. “India’s G20 agenda will be inclusive, ambitious, action-oriented, and decisive,” he wrote.

Citing the theme – ‘One Earth, One Family, One Future’, PM Modi said India’s G20 Presidency will work to promote this universal sense of one-ness. “This is not just a slogan. It takes into account recent changes in human circumstances, which we have collectively failed to appreciate,” he said.

Writing for the think tank South-South Research Initiative (SSRI), Farjana Sharmin noted India finally got the opportunity to execute its global vision and grand strategy, and secondly, South Asian region is going to get benefits through India’s leadership in G-20.

“India can do a lot for South Asia before the next summit. But the most challenging aspect before India will be to utilize the G-20 platform to address geopolitical security issues and narrow the gap between member states. India could play a decisive role in solving the post-pandemic economic crisis,” said Farjana Sharmin, Doctoral Candidate,

Department of International Relations, Faculty of Social Sciences, South Asian University, New Delhi.
Sharmin pointed out how small states have lost faith in global governance and order due to sovereignty threats from big powers and developed countries’ domination in setting economic rules.
“These issues have long-term effects on Global South. So, India is a hope for many global south countries and it should include the opinions of least developed countries and facilitate the opportunity for those countries which are not direct members of G-20,” she added.