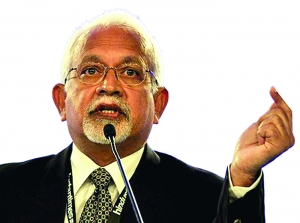 BY MK Bhadrakumar—As the Narendra Modi government completes two years in office, it is time for stock-taking in the sphere of foreign policy. Indeed, it becomes necessary since this is the right time for course correction.

But, first the stock-taking. Unfortunately, Indian opinion is highly polarised – and so is the discourse on foreign policy: It finally boils down to being “pro-Modi” or “anti-Modi”.

Therefore, it is important to define the normative grammar, so to speak. Essentially, Modi government’s record in the foreign policy arena can be assessed from three different angles, which are of course derived from the campaign pledges made by the ruling party and Modi himself during the 2014 Lok Sabha election.

These are, first and foremost, how far has the foreign policy served the national interests? Second, how does the quotient of continuity and change look? And third, how attuned has been the foreign policy – diplomacy, in particular – to the emergent international system?

It is possible to agree that national interests are seldom variable and in the Indian context the perceived priorities run in two directions. One, advancement and acceleration of the development agenda – tackling the problem of poverty affecting some 500 million people, creating large scale employment and launching the country as a middle income economy in the medium term. And, two, stemming from the above, the creation of an external environment that is helpful for the single-minded pursuit of development agenda.

What are the ground realities?

The country faces a grave agrarian crisis and an abysmal fall in exports. It needs a rapid development of infrastructure and manufacturing sectors. The economy is growing but there is hardly any job creation.

To take the external environment, the picture is equally dismal. India’s relations with Pakistan, China, Nepal and the Maldives – four out of seven neighbours – worsened in comparison with the United Progressive Alliance rule.

Fortunately, a friendly government is in power in Bangladesh which is responsive on security issues, and the ruling party did the right thing to roll back its outrageous rhetoric over “migrants”.

Equally, Modi government gracefully inherited the UPA legacy on swap of border enclaves – although continued ambivalence over Teesta water-sharing deal (agreed upon five years ago) hangs like the sword of Damocles.

Clearly, the two-year balance sheet is deplorable in regard of Nepal where intrusive policies propagating “Hindu Rashtra” provoked a backlash, and the relationship is in tatters.

The Modi government failed by the yardstick of its own electoral pledge to bring about a paradigm shift in neighbourhood policies. It needs to go back to the drawing board.

Simply put, India’s smaller neighbours have multiple options in a polycentric world order, and the whole concept of “sphere of influence” is archaic and unsustainable.

As the flag carrier of the ultra-nationalist constituency, Modi had the rare opportunity to show flexibility and creativity without the compulsion to do grandstanding. But for some inexplicable reason he hasn’t shown the political courage.

Thus, as regards China and Pakistan, Modi chose to become the prisoner of the hardline lobby instead of being the trail blazer he was perceived to be.

The stark difference between the exceptionally warm reception accorded to President Xi Jinping on the Sabarmati river banks and the chill that descended on the visit by the next day as he landed in Delhi needs a rational explanation.

Clearly, for the advancement of Modi’s development agenda, a solid partnership with China is critically necessary.

China is irreplaceable as partner in terms of its capacity to make large-scale investments and in its recent experience in infrastructure development and manufacturing industry.

So, where is the catch? The plain truth is that under the Modi government, India has lurched dangerously toward becoming a “national security state”.

If Barack Obama can do it in Abbottabad, so can Modi do it in Karachi; if ISI uses terrorism as an instrument of policy, so can India. This “muscular” diplomacy is way beyond India’s actual capability to project power.

On the other hand, China and Pakistan were inclined to see that a fresh start with India under Modi’s leadership.

No doubt, it was an extraordinary diplomatic gesture by Beijing to designate Foreign Minister Wang Yi to visit Delhi as special envoy to establish contact with the new leadership within a week.

Yet, today, as the Modi government completes two years, Sharif’s visit to Delhi in 2014 seems light years away.

And President Pranab Mukherjee just embarked on a mission to Beijing to salvage the Sino-Indian discourse.

The foreign policy enjoys continuity, but then, India’s relations with the United States and China have transformed. A “tilt” is discernible in Modi government’s policy toward the US’s rebalance strategy.

During President Barack Obama’s visit to India in January last year the two countries issued a Joint Vision Statement on the tense situation in the South China Sea.

Taken along with other initiatives – intensification of military ties with Japan and Vietnam, US-Japan-India trilateral dialogue, cascading ‘mil-to-mil’ relations with the US, et cetera – Modi government crossed a “red line”, identifying with America’s “containment” strategy against China.

Conceivably, China took note of the Indian policy shift and that probably found echo in some of its moves in the region through the past year or so.

Without doubt, Joint Vision Statement of 2015 was a hare-brained scheme. If the intention was to pressure China, it proved counter-productive.

Ironically, Modi government also probably ended up disappointing the Obama administration, which had all but assumed that India was ready at long last to bandwagon with the US strategy to “contain” China.

Consequently, Modi government has come under immense US pressure to sign the so-called “foundational agreements” and to conduct “joint patrols” with the US Navy in the South China Sea.

India is, paradoxically enough, rather well placed in the multipolar world order to manoeuvre merely by preserving its “strategic autonomy”.

But then, the will and the grit is needed. Alas, the Modi government lacks the “big picture” in regard of contemporary world situation.

Thus, the negativism toward China’s One Belt One Road project is incomprehensible. What harm would it have possibly caused by exploring the possibility to exploit the Chinese offer for the strengthening of India’s connectivity?

Again, India pays lip service to BRICS, Russia-China-India trilateral forum, and the Shanghai Cooperation Organization. But there is no effort to connect the dots and create a matrix.

The heavy accent on the relations with the US is indeed coming at a price.

The salience of it all highlights intellectual bankruptcy. Modi’s forays into international diplomacy largely served to burnish his image in the domestic audience as a knight in shining armour. But the country awaits its due share of dividends.

(Bhadrakumar is a former Indian diplomat. His this piece was originally published in http://scroll.in on May 26, 2016)