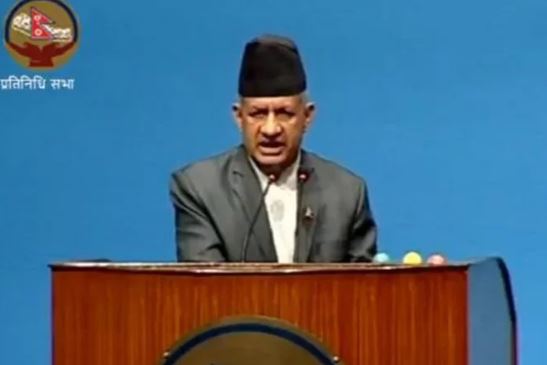 KATHMANDU, 14 May – Minister for Foreign Affairs Pradeep Kumar Gyawali has said that the constitution itself has guided the foreign policy of Nepal.

He said, “Foreign Policy of Nepal will be taken ahead keeping the national interest and welfare in mind. The internal issues of Nepal cannot be the matter of bilateral discussion.”

Responding to queries raised of parliamentarians during special hour in today’s meeting of House of Representatives, Foreign Minister Gyawali said that Indian prime Minister Modi’s state visit to Nepal has prepared a basis of trust between Nepal and India.

He further said that an understanding has been reached for the timely implementation of the commitments in this recent visit.

The Foreign Minister said that the statement made by Chief Minister of Province no 2 incourse of Nepal visit of the Indian Prime Minister was condemnable. H also urged not to make the issues discussed between Prime Minister KP Sharma Oli and Indian PM Modi as the matter of argument.

Foreign Minister Gyawali expressed the belief that problems surfaced in Pancheshwor Hydropower Project as well as border issues would be resolved.