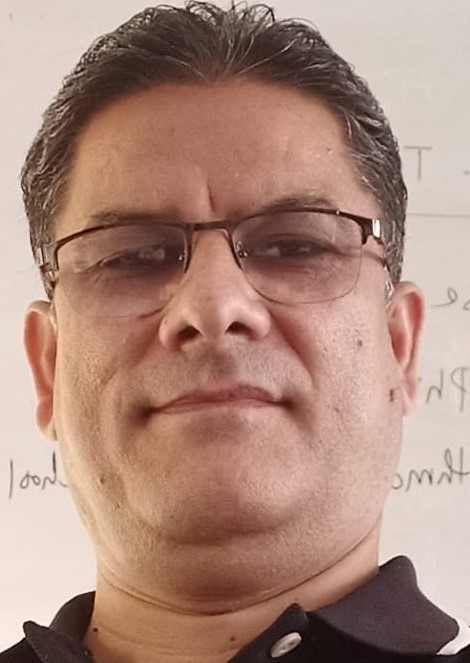 Relations between states are enhanced when diplomatic skills are combined with economic tools to further a country’s political, economic and strategic goals. More specifically, it is used to promote national economic interest, enhance import-export relationships, inform potential foreign investors about investment opportunities, negotiate economic and trade cooperation to eliminate problematic divergences, and harmonize standards in a variety of sectors, including economic, social, environmental, and educational standards, among others (Okano-Heijmans, 2011).Economic diplomacy includes political involvement, especially high-ranking politicians (ministers), along with bureaucrats; sharing of duties and responsibilities by involving non-state actors, including private business and civil society; transparency during the implementation of a policy to broaden understanding and support by society; and use of facilities and provisions of international institutions and organizations to ensure implementation of economic goals (Economic Diplomacy, 2013)

The evolution of globalization

From a chronological perspective, the globalization process appears as follows:

Stage 1 – it is comprised between 1400 and 1750, being called “the primary stage”, and witnesses geographic discoveries, colonization and the appearance of transcontinental trading exchanges.

Stage 2 – the interval 1750-1880, also known as the “incipient stage”; it is characterized by the formation of unitary states and the development of trading relations and the signing of the first agreements in the domain of international trading relations.

Stage 3 – comprised between 1880 and 1925, it is also called “the stage of development” when the manufactured production developed, the means of transport evolved, the international trading as well as the population migration intensified and the multinational organizations took shape.

Stage 4 – 1920 – 1927 when the great state powers crystallize and the worldwide organizations and institutions develop.

Stage 5 started at the end of the 20th century, being characterized by the intensification of regionalization and integration, but also by the strong development of multinational corporations.

The main connections of the global economy with the international monetary-financial system result from the operational credit-financing operations, discount operations and liquidities regulation operations. The IMF and the WB group are notorious international financial-monetary authorities, built on the basis of global-scale concession, called to govern the dynamics and balance of the international financial monetary system. The institution of the International Monetary Fund (IMF) was created in 1945 through the provisions of the Bretton Woods agreement, as a specialized financial-monetary organism of the United Nations System, responsible at first for the good functioning of the Gold Exchange Standard. Nepal Joined IMF in 1961.

The World Bank is oriented towards economic assistance programs, development programs, and structural adjustment programs meant to fight poverty. The central pillar of the World Bank Group, namely IBRD (the International Bank for Reconstruction and Development) was created in 1945 simultaneously with the IMF and became functional in 1947.

The International Bank for Reconstruction and Development (IBRD) lends to governments of middle-income and creditworthy low-income countries.

Together, IBRD and IDA make up the World Bank.

The International Centre for Settlement of Investment Disputes (ICSID) provides international facilities for conciliation and arbitration of investment disputes.

The World Bank is oriented towards economic assistance programs, development programs, and structural adjustment programs meant to fight poverty. In relation to the World Bank, the IMF represents the primordial institution as specialization and responsibility sphere in connection to the international financial monetary system – by its configuration and the arbitration of its functional architecture.

The IMF’s main functions concern the specific processes of cooperation, assistance, information, supervision and intervention concerning the institutions of the international monetary-financial system.

The Asian Development Bank (ADB) is a multilateral financial institution owned by 63 members, 44 from Asia and the Pacific region and 19 from other parts of the world. Established in 1966, ADB’s overarching goal is to reduce poverty in the Asia and Pacific. The two largest shareholders of ADB are Japan and USA, each accounting for about sixteen percent of the total subscribed capital. To achieve the goal of reducing poverty in member countries, ADB supports activities in its developing member countries (DMCs) to promote pro-poor economic growth, inclusive social development and good governance. Since its inception in 1966, ADB has been a key development assistance partner of Nepal.

ADB’s current Country Operational Strategy (COS) prepared in 1999 seeks to achieve sustainable reduction in poverty through generation of productive employment opportunities and increased rural incomes resulting from faster and broad-based economic growth, equitable improvements in basic social services to enhance human development, and good governance. In addition, private sector development, gender equity, and subregional cooperation are identified as other cross-cutting themes of the COS. ADB undertakes country programming exercise annually to review with the government and other stakeholders its three-year rolling assistance program comprising loans and TA grants, and to ensure that the assistance program is in line with the COS objectives.

The General Agreement on Tariffs and Trade (GATT) traces its origins to the 1944 Bretton Woods Conference, which laid the foundations for the post-World War II financial system and established two key institutions, the International Monetary Fund and the World Bank.  The conference delegates also recommended the establishment of a complementary institution to be known as the International Trade Organization (ITO), which they envisioned as the third leg of the system.

The Uruguay Round, conducted from 1987 to 1994, culminated in the Marrakesh Agreement, which established the World Trade Organization (WTO).  The WTO incorporates the principles of the GATT and provides a more enduring institutional framework for implementing and extending them. By lowering trade barriers through negotiations among member governments, the WTO’s system also breaks down other barriers between peoples and trading economies.

At the heart of the system – known as the multilateral trading system – are the WTO’s agreements, negotiated and signed by a large majority of the world’s trading economies, and ratified in their parliaments. These agreements are the legal foundations for global trade. Essentially, they are contracts, guaranteeing WTO members important trade rights. They also bind governments to keep their trade policies transparent and predictable which is to everybody’s benefit.

The forerunner of the OECD was the Organization for European Economic Co-operation (OEEC), which was formed to administer American and Canadian aid under the Marshall Plan for the reconstruction of Europe after World War II.The Convention transforming the OEEC into the OECD was signed at the Chateau de la Muette in Paris on 14 December 1960 and entered into force on 30 September 1961. Since then, the OECD’s vocation has been to deliver greater well-being worldwide by advising governments on policies that support resilient, inclusive and sustainable growth. Through evidence-based policy analysis and recommendations, standards and global policy networks, including close collaboration with the G8 and the G20, the OECD has helped advance reforms and multilateral solutions to global challenges. These span the public policy horizon, from the polluter pays principle, which the OECD developed in the 1970s, to PISA in education, not to mention tax transparency and artificial intelligence. Throughout its history, the OECD has striven to become more global, more inclusive and more relevant.

The BRICS has emerged at a time when the future of the international financial system that arose in the immediate aftermath of World War II is increasingly being called into question. Given their expanding economic size and increasingly active diplomacy, the BRICS countries are gradually gaining greater influence over the international decision-making process. In 2009, a BRICS summit was initiated to create a new platform to work together as a group of rising powers that are both willing and able to play a collective role in international affairs. The canvas of the BRICS agenda is very broad. Although it began with regular and intensive consultations on the global economic slowdown of 2008-09, overtime the agenda incorporated other concerns such as climate change and sustainable development, food and energy security, the global trading order, Millennium Development Goals (MDGs) etc. For the last few years, the overarching agenda of the BRICS Summit has been financing development.

NDB was established with the purpose of mobilizing resources for infrastructure and sustainable development projects in BRICS and other emerging market economies and developing countries, complementing the efforts of multilateral and regional financial institutions for global growth and development.

The Bank’s first five-year General Strategy, implemented over 2017–2021, laid the foundations for the early years of NDB’s operations. On May 19, 2022, the Board of Governors of the New Development Bank (NDB) approved the Bank’s General Strategy for 2022–2026 entitled “Scaling Up Development Finance for a Sustainable Future.” The General Strategy sets the course for NDB’s evolution into a leading provider of solutions for infrastructure and sustainable development, for emerging market economies and developing countries.

Role of IFI and Economic Diplomacy to Nepal

The economic diplomacy practices are to lobbying in the host country for favorable policies towards Nepal, including lobbying for priority destination country for tourists, removing quota restrictions on Nepali products and entering into bilateral agreements to ensure labor safety, security and dignity in the labor destination countries. Nepal’s Millennium Development Goal (MDG) experience, planning and implementation of the Sustainable Development Goals (SDGs) and the country’s target to graduate from a least developed country (LDC) by 2022 to a middle-income country by 2030.

There are different multilateral and international agreements such as the WTO, World Bank Group and IMF, United Nations Convention on Law of the Sea (UNCLOS), Paris Agreement on Climate Change, etc. Also, international financial institutions facilitate freedom of transit and enable preferential trade for the Landlocked Developing Countries (LLDCs) and the Least Developed Countries.

Also through economic diplomacy, Nepal has the potential to enter new foreign markets outside south Asia through the Bay of Bengal Initiative for Multi-Sectoral Technical and Economic Cooperation (BIMSTEC) and sub-regional organizations like BBIN (South Asia Sub regional Economic Cooperation, 2019).

The role of economic diplomacy has become the unavoidable reality of 21st century international relations in the context of an increasingly globalized world, where states cannot escape economic interdependence and multilateralism. The progression of economic development or the geo-economic realities of countries like Nepal make it crucial to formulate and implement economic diplomacy to maximize benefits from international relations.

The main focus of economic diplomacy should be on trade promotion, investments, technology transfer, and tourism. Current trends in a globalizing economy warrant enhancing collaboration between state and non-state actors, given the increased importance shown to international trade rules and regulations, which need to be negotiated and implemented. Thus, it has been realized that coordinated diplomacy must be built around networks drawn from several government ministries as well as the private sector and civil society.

Regarding this, MOFA should expand its institutional capabilities to drive economic diplomacy and find ways to interact effectively with other line ministries and non-state actors. Success to a large extent will depend on the new skills, capability, tact and versatility of the staff engaged in the conduct of economic diplomacy. Therefore, Nepal’s coordinated economic diplomacy strategies should retrospectively learn from its own practices and experiences with world powers and coordinate economic diplomacy in the changing world.