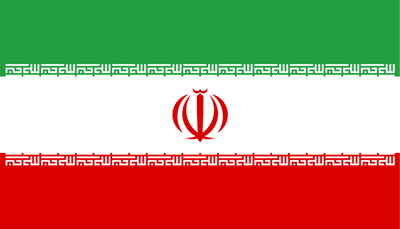 TEHRAN, Jan. 6 (Xinhua) — Iranian Foreign Minister Mohammad Javad Zarif on Wednesday urged the Saudi government to stop doing things that escalate tension between the two and in the Middle East amid a row over the Saudi execution of a leading Shiite cleric, which triggered angry protests against the Saudi diplomatic missions in Iran.

Instead of getting entangled with tensions, it is better for all the regional countries to unite against extremism, terrorism and sectarianism, Zarif told a joint press conference with his Iraqi counterpart Ibrahim al-Jaafari in Tehran on Wednesday.

Conflicts among the regional states will not serve the interests of any country, but only to embolden the terrorism and extremism, said the top Iranian diplomat.

He drew on the recent execution of the top Shiite cleric, saying that it is by no means justifiable since Nimr al-Nimr pursued his religious mission through peaceful means and dialogue without resorting to armed struggles.

He also said that the recent attacks on Saudi Arabia’s embassy in the capital Tehran and consulate in the northeastern city of Mashhad are “regrettable incidents” and “not acceptable.”

“Iran considers it as a legal obligation to protect diplomats of foreign countries,” he said, adding that Iran seeks friendly ties with the regional states as well as its neighbors.

On Saturday, angry mobs in Shiite-dominated Iran stormed and set ablaze the Saudi embassy and consulate to protest at al-Nimr’s execution.

Riyadh cut off diplomatic relations with Tehran on Sunday after the attacks. Bahrain and Sudan followed suit and severed ties with Iran, while the United Arab Emirates downgraded it.

On Wednesday, Jordan summoned the Iranian ambassador in Amman and condemned the attack on Saudi embassy in Tehran, as well as its rejection of Iran’s interference in Arab affairs.

The Saudi authorities should have not responded to the criticisms of al-Nimr by beheading him, Rouhani said in a meeting with visiting Danish Foreign Minister Kristian Jensen.

The Iranian president stressed that his country is seeking good relations with its neighbors, including Saudi Arabia.

The best way to settle the dispute between the two countries is through political and diplomatic means, he said, adding that the critical situation in the region requires cooperation among the countries against terrorism.