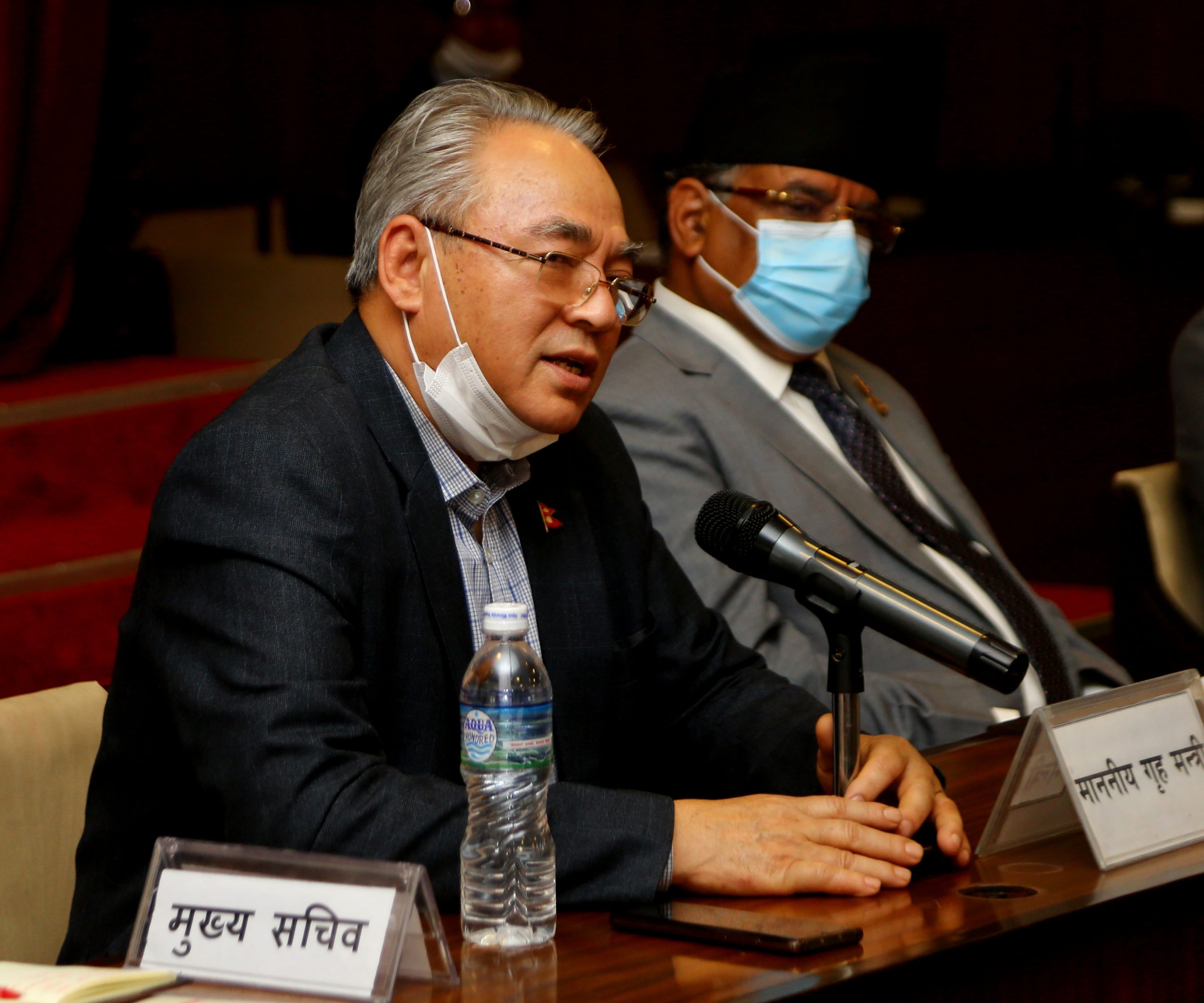 RSS (KATHMANDU, 10 May 2020) – Chairman of the ruling Nepal Communist Party (NCP) and former Prime Minister Pushpa Kamal Dahal ‘Prachanda’ has said time has come for Nepal to take proper measure to settle the border issues including that of Lipulek, Kalapani and Limpiyadhura.

Although efforts were made at various political and diplomatic levels in the past, it has been more pressing and complicated in the recent time, he added. At the meeting of the State Affairs and Good Governance Committee in Singha Durbar today, Chairman Dahal who is also the Committee member reminded that the border dispute bears the problem for decades, so it is imperative to reach a conclusion by analyzing all facts.

“It is very serious and long issue,” he said, adding that discussion was held repeatedly at the national level after Indian released its political map last year too. The government had created environment for the national consensus on this issue, which he claimed, had provided impetus to the Prime Minister KP Sharma Oli. Chairman Dahal further reminded that the protest letter the government wrote to India that time might be of unparalleled value. He however said, “The consensus on the disputed issues eluded after Foreign Secretary level meeting could not set the agenda for discussion.”

The former PM also shared that he met with PM Oli on Saturday and reminded him to take move from the PM’s level for political and diplomatic dialogue after reports on India’s inaugural of link road. PM Oli was drawn attention on proper step to this regard. In response to lawmakers’ query, the former PM said the press statement made by the Foreign Ministry was appropriate at present.

He however supported lawmakers’ views that they were right on the demand of substantive action on it. NCP Chairman Dahal also informed that he had discussed with both India and China on border issue of Lipulek when he was the Prime Minister. “During my visits to India and China after China and India made trade route agreement via Lipulek, I talked to the high level leaderships from both countries about it,” he added. He was for seeking trilateral solution to the border problem. Moreover, Chairman Dahal said Lipulek belongs to Nepal. As per Sugauli Treaty, Limpiyadhura is the origin of Kali River, and the entire land east of the Kali River is of Nepal. He also made commitment that he would relay the lawmakers’ demand of practically solving the border issue to the government because the government at present has he political and public support.