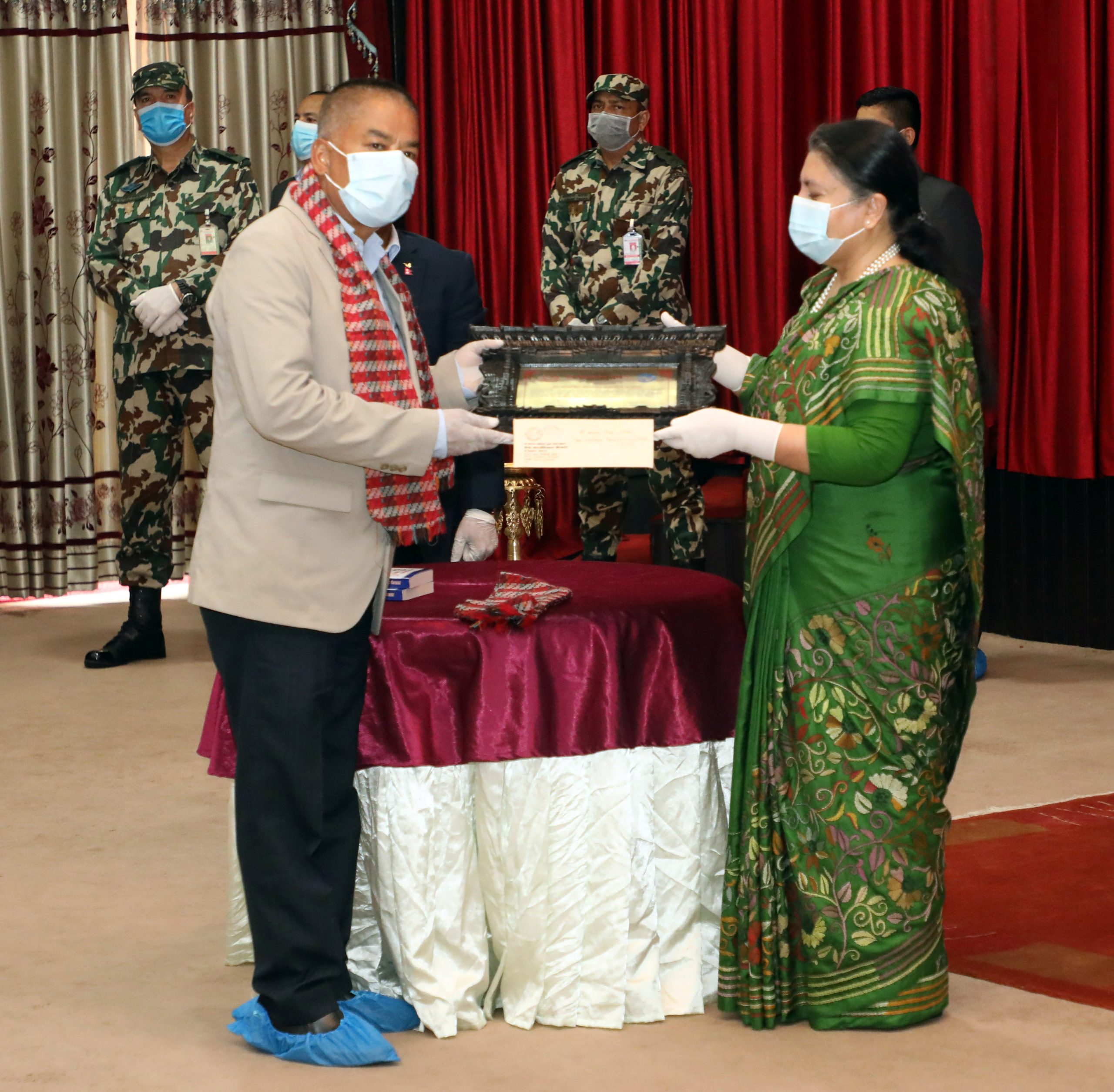 Stating that journalism, the fourth organ of the state, is an important means for strengthening democracy, she said democracy cannot be conceived of without freedom of expression and right to information. Describing a responsible journalism, well-informed citizens and an accountable government as the inevitable elements of democracy, President Bhandari said, “I hope the several weaknesses witnessed in the mass media sector would gradually go away through the continuous practice of democracy; and expect that all journalists will abide by the Journalists Code of Conduct.”

She reiterated on a more effective role of the Press Council for the full abidance of the Journalists Code of Conduct. “Baseless and false news and misleading views are found published and broadcast in many media in the name of freedom of expression with disregard to even the journalism code and professional ethics,” the President said, adding, “Dissemination of false and misleading information along with the advancement of new technology in the information and communication fields has become a global challenge. In the context of Nepal, the Press Council’s role should be further stronger to face this challenge.”

The President praised the Press Council Nepal for its works regarding the monitoring and regulation of the media sector for the protection of the people’s right to information and for its attempts towards legal action by identifying the media and journalists violating the Journalists Code. Saying that she was informed about the challenges journalists in Nepal facing, the President shared that she was unhappy to the sufferings of the media houses and media persons globally this year due to the pandemic COVID-19. “Journalists were deployed in news dissemination even during such vulnerable situation of COVID-19 and they are still working. I highly appraise the journalism sector’s unrelenting fulfilment of professional responsibility even during such tough situation,” the President said. “Even the media persons have contracted with the coronavirus. I wish for their speedy recovery, President Bhandari added. The mass media sector is serving the people’s happiness, peace and prosperity journey, the President shared her observation. The press remaining the frontrunner of freedom and consciousness should not be the sadistic, the President urged.

Stating that the mass media sector should play effective role to encourage the physical infrastructure development to materialize the nation’s common aspiration of happiness, peace and prosperity, she said that journalism should be a crucial tool to contribute for environment protection and unveil the sensitivities caused due to climate change. The media should draw attention of all stakeholders in the areas of food security, sanitation, clean drinking water, quality education and public health, she opined. Prior to this, the President gave away ‘Press Council Gopaldas Journalism Prize’ to senior journalism Shambhu Shrestha, ‘Press Council Code of Conduct Prize’ Amit Dhakal for setopati.com and ‘Pushpalal Memorial National Journalism Prize’ to veteran journalist Hiranyalal Shrestha.