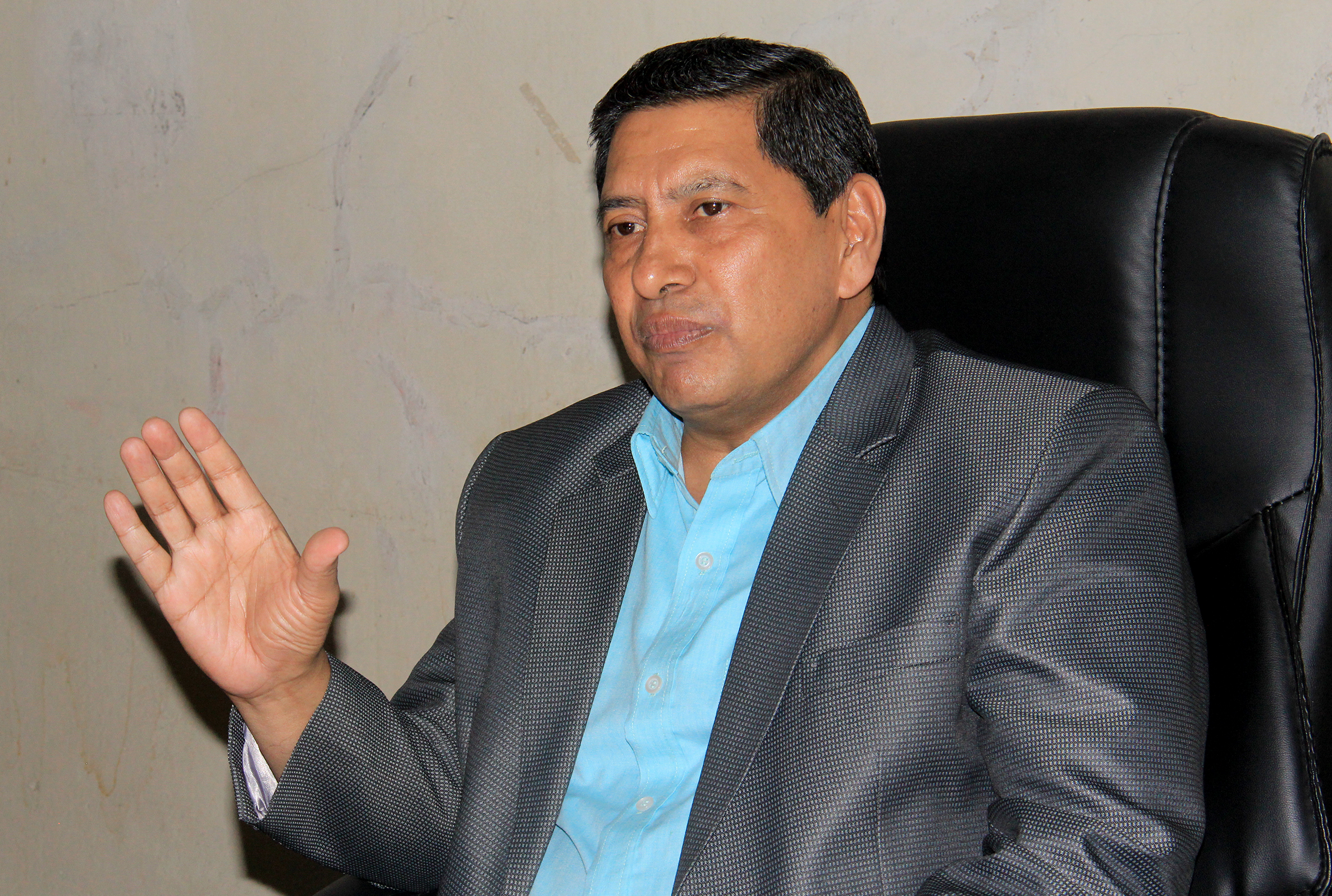 Narayan Kaji Shrestha is the secretariat member and spokesperson of the ruling Nepal Communist Party. He is newly appointed Chief of the Party Publicity Department. Although he had staked his claim to the post of chief of the School Department of the party, he has been assigned the chief of the Publicity and Publication Department. Following the formation of the 33 departments of the ruling party, Shrestha spoke on various issues, including the organisational unification of the party, his claim for the chief of School Department, the functioning of the government and the fresh Kashmir issue. Excerpts

After giving final shape to the departments and committees of the Nepal Communist Party (NCP), you have recently said that the entire party mechanism now should throw all weight behind the government to make it successful? Do you think that all disputes within the party havebeen resolved with the formation of the department and committees? Why are you stressing on making the government a success?
The goal of the party unity is not just the party unity only. The main motto behind the unification between the two communist parties is to implement the new Constitution and achieve the goal of prosperity in the country as soon as possible.We have already spent a lot of time to complete the process of the party unity. So,we have to waste no time but concentrate on our main agenda of making the government successful. If we cannot make the government effective and successful, the Nepali citizens will raise questions on the achievements of the recent political change. It will arouse frustration in the people. At that situation, the country will head towards a grave crisis. So, the current government must be made a success at any cost. And for this, the country should be transformed socioeconomically.

Following the formation of the party departments, chairman Pushpa Kamal Dahal Prachanda was reported to have said,“Had there not been party unification, there could have been an alternative.”Can it be construed as a symbol of growing frustration in the leaders of the former CPN-Maoist Centre?
I want to make it clear that chairman Prachanda had not said so. What he has said that we have merged the two key fractions of Nepali communist movement into a new one, unified Nepal Communist Party. So we have to spend all our efforts to make the party a success. If the party does not succeed, it will meet a doom. What he has further said that at a time when the people has voted the party to the government with a two-thirds majority if we cannot make the party successful, the Nepali communist movement will suffer a great loss. Therefore, Prachanda said that ‘we’ have no other alternative to becoming the party and making the government a success after the unification between the two communist parties.

A number of factions seem to be prevailing in the party. It seems there are leader-wise different views and ideologies in the party. As a chief of Publicity and Publication Department, how do you try to root out such fractionalism?
The prominence of the Publicity and Publication Department is not less than any other departments. As the chief of the Department, I will try to orient all discussions and discourses of the party to the socio-economic transformation. For example, we will work for generating environment for the establishment of socialism-oriented federal democratic state through talks and dialogues as the similar words and spirit have been stipulated in the Constitution. Thus, we will try to mainstream the national discourses as per the necessity of the country.
Next, there have been numerous unwanted activities as a result of individualism and factionalism. What I think is that it is a poison tree for a communist party and the communist movement. A communist party should have ideological debates and such debates could give birth to ideological (thought) groups. Such ideological groups could be accepted rather.Such groups are not always permanent. But factions based on the leaders’ personal interests should be discouraged, controlled and prohibited because they obstruct the critical consciousness of leaders and the process of democratic centralism that are the main features of a communist party. So, I will work for disappointing the factionalism in the party. Similarly, the entire party should also concentrate all its efforts on the publicity front to dishearten it.

The formation of the party departments is being criticised alleging that they are not inclusive in terms of gender and social groups. Next, the party leadership could not sort out the ideological rift. Third, when will the party cadres and the people get the political document of the party?
We have not taken the criticismthat the party departments are not inclusive. It has happened because the party is in the phase of political transition. When you look at the distribution of responsibilities for the departments from outside, it does not seem inclusive. We accept and respect the criticism. We will try to address the issue of proportional representation in the party in the days to come.
As far as the debate on the people’s Multi-Party Democracy and the People’s Democracy is concerned, some discussions on the matter are continuing in the party. We have concluded that we will finalise the issue during the upcoming unity convention after holding extensive talks and deliberations.
Third, the political document has already been published and is at the phase of distribution. Next, it has been late to accomplish the
remaining works of organisational unification. The organisational unification will conclude soon.

The Union Government of India has recently withdrawn the special status of Jammu and Kashmir by scrapping Articles 35a and 370 of its Constitution. How have the ruling party and the government taken the issue?
As far as the recent Kashmir issue is concerned, the government might be making its opinion. What I and my party think that the issues like Kashmir conflict should be settled through mutual talks, dialogue and agreement or through the mediation of the UN. Thus, regional peace, security and stability should be established.