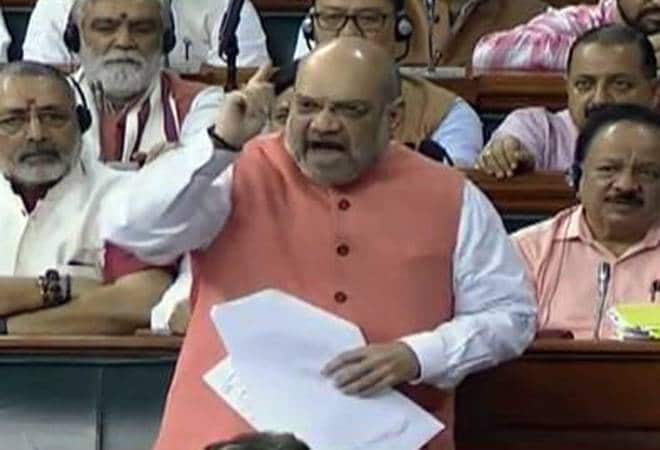 Nepal Foreign Affairs (KATHMANDU, 8 August 2019) – The abolishment of article 370 of Indian constitution is purely a domestic issue. Indian parliament has the full right to implement or scrape the article with the due legal process. Therefore, it seems quite natural not speak on the domestic affairs of other as we suggest same on our domestic matters.

When Indian leadership put huge pressure on Nepali leadership not to promulgate the constitution at the eleventh hour, Nepali leaders denied. Prime Minister KP Oli including other leaders had reminded the diplomatic constraint and limitations to those, who were sent to Nepal. The logic of Nepali leaders and people was simple and understandable – promulgating a constitution is domestic issue of Nepal and interventions of any country could not be accepted.

Now, when we are watching Indian parliament’s historic decision to downgrade the Jammu& Kashmir into Union Territory like New Delhi and to treat Ladakh as a separate UT, it’s none of our business. Nepal can only hope that Indian current political leadership will implement this decision taking the people of J&K and Ladakh into confidence. We sincerely wish peace will always prevail in India and that will rightly direct the whole South Asia into a peaceful zone.

Nepal has the official position not to comment on the domestic issue of other. Does it mean that Indian government’s decision should be embraced by others like China, Pakistan and other nation?  China and Pakistan have strongly opposed this move of BJP led government.

She said, ‘Recently India has continued to undermine China’s territorial sovereignty by unilaterally changing its domestic law. Such practice is unacceptable and will not come into force’. Similarly the spokesperson has urged India to exercise prudence in words and deeds concerning the boundary question, strictly abide by relevant agreements concluded between the two sides and avoid taking any move that may further complicate the boundary question.

China is always opposed to India’s inclusion of the Chinese territory in the western sector of the China-India boundary into its administrative jurisdiction. This firm and consistent position remains unchanged.

With this development, further polarization in diplomatic order will arise – China led versus US led global diplomacy. India being the neighbour of China has been the close ally of US while Pakistan has given its blank Cheque to China to direct its foreign policy.

Though US policy to South Asia seems balancing in principle, actions push Washington closer to New Delhi. It seems US President Donald Trump’s wishes to mediate between India and Pakistan on Kashmir issue week before knocked Indian government to push forward this issue into parliament. India’s constant position is that J&K issue is a bilateral contentious issue inherited from British and needs bilateral solution through peaceful means. When the Pakistan Prime Minister Imran Khan drew attention of President Trump to mediate in the Kashmir issue, Modi thought of threat that prepared ground to feel the urgency.

The realist approach in international politics reiterates the protection of national Interest as a top priority and for this power or government should be must. Whatever actions the governments’ take these all should be pro nation and national interest should be promoted and protected.

India’s decision to annul the article 370 is also an action taken by Indian government putting its national interest at top. Thus, Nepal should not speak on this issue. If needs, Nepal can play role to promote peace in South Asia.