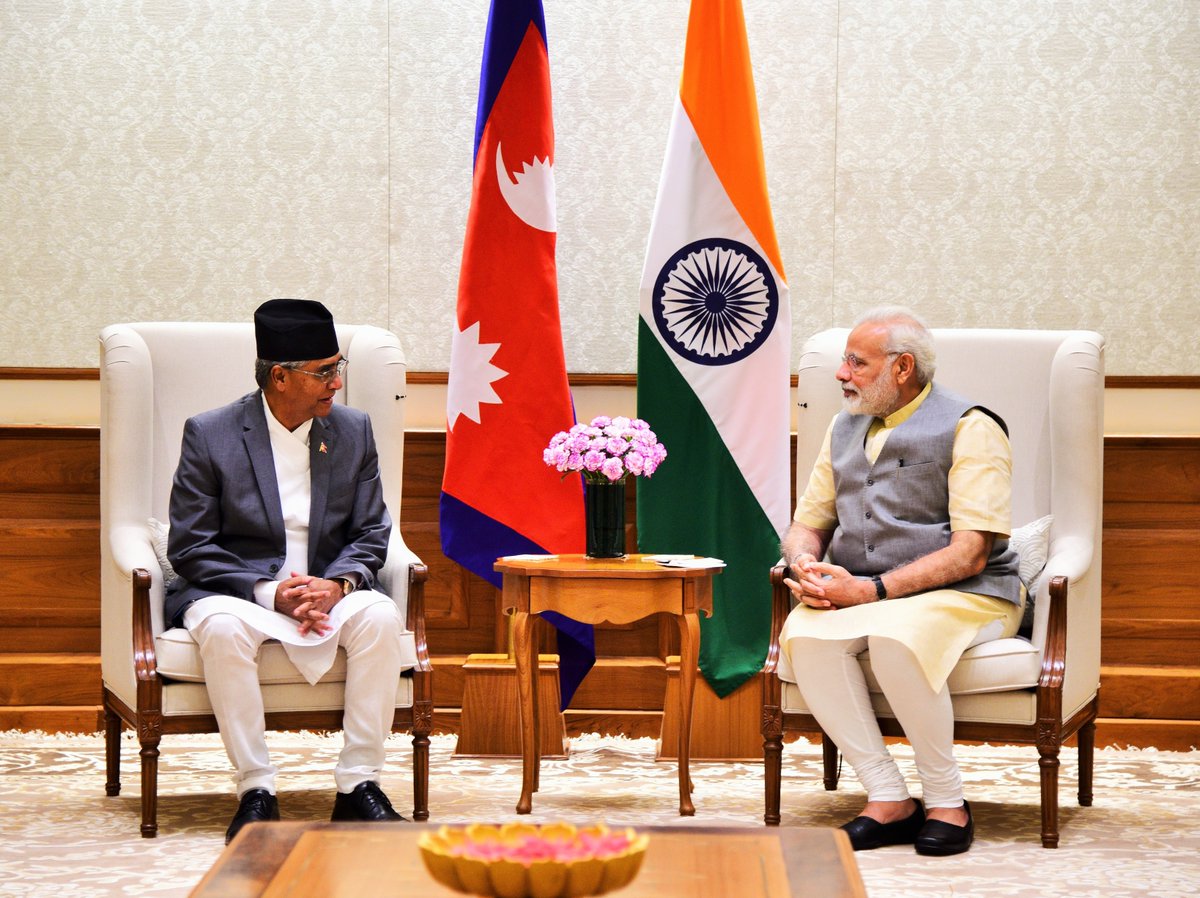 In response, Nepali Prime Minister Deuba  clarified that the amendment of the constitution could not pass from Parliament due to the lack of two third of the parliament and will be soon passed with the required strength.

”I tried my best to amend the constitution to address the demand putforth by the Madhesi parties but as you know the amendment could not be passed by the parlaiment due to insufficient MPs” Deuba responded with excuse.

Prime Minister Modi congratulated Nepal for successfully holding the two phases of local level elections and hoped that the step would improve democracy and stability in Nepal. India has asked the dissatisfied Madhesi parties to take part in election even without the amendment of the constitution.

Modi said that a special discussion was held in a bid to advance the ageless relations between the two countries in a new way and added that India is always ready to support its old and close neighbour Nepal under any circumstances.

The Indian Prime Minister expressed his gratitude for inviting him to lay the foundation stone for Arun-III Hydropower project. He reiterated India’s commitment to extend all kinds of support to Nepal’s flood-affect region.

Modi said that intensive efforts will be made in order to finalise the detailed project report (DPR) for the Pancheshwoar Multipurpose Project. PM Modi’s assurance regarding the project came a day after the talks between Nepal and India ended inconclusively dealing a fresh setback to the much-awaited mega project.

At the function, PM Deuba and his Indian counterpart Modi remotely launched the Katiya-Kushaha and Raxaul-Parwanipur cross-border transmission lines for supply of 50 MW each.