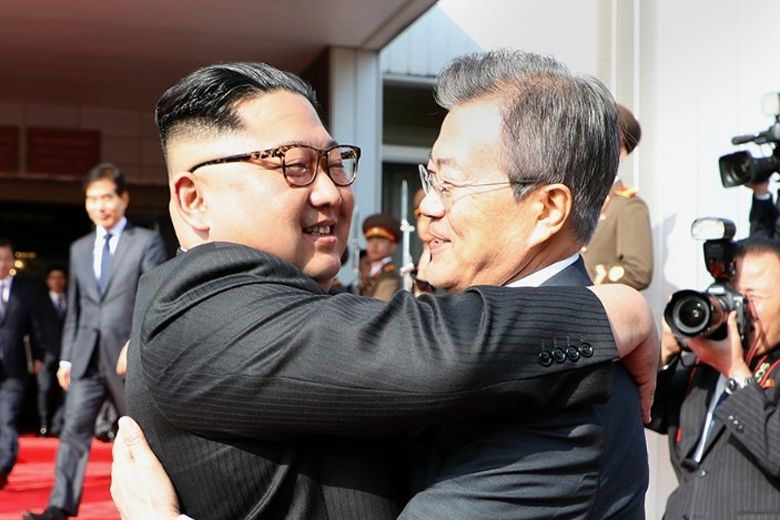 SEOUL, March 1 (Yonhap) : South Korea’s President Moon Jae-in on Friday portrayed this week’s fruitless summit between the United States and North Korea as part of a process for a “higher level” agreement and stressed the importance of Seoul’s role of mediating between the two sides.

During his speech marking the centennial anniversary of the March 1 Independence Movement against Japanese colonial rule, Moon also put a positive spin on the Hanoi summit held Wednesday and Thursday, saying it produced “meaningful” progress.

“Importantly, they even discussed the issue of installing liaison offices, an important step toward the normalization of bilateral ties. I have high regard for President Trump, who has expressed his commitment to continuing talks and optimistic views,” he said.

“Now our role has become even more important. My administration will closely communicate and cooperate with the United States and North Korea so as to help their talks reach a complete settlement by any means,” he said.
Donald Trump and Kim Jong-un walked away from their highly anticipated summit after they failed to meet halfway over Washington’s sanctions relief and the scope of Pyongyang’s denuclearization.