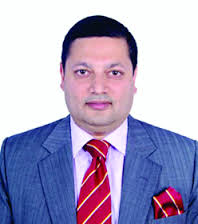 In Nepal the inability of the state to cope with the recent devastating earthquake was mitigated by help from India, China, and the United States. This points towards the urgency of enhancing the disaster management capacity in Nepal and a coordinated disaster management structure for South Asia.

The devastating earthquake measuring 7.9 on the Richter scale on 25 April 2015, and the second tremor on 12 May, with more than 8,000 deaths and 200,000 thousand houses fully damaged, have shaken Nepal to the core. As many as 5,000 schools are estimated to have been destroyed, and roughly 300,000 people are currently homeless. Monsoon is just a month away, and there is a real threat of pandemics. Like in most disaster situations, the poorest of the poor have suffered the most. Relief is just beginning to reach the villages, because initially there was a lot of confusion at Nepal’s only international airport which has just one run-way for both arrival and departure and lacks a warehouse facility. A total absence of disaster-preparedness, non-implementation of building codes, poor construction practices, coupled with the lack of access to the rural hinterlands, contributed to an overall calamity of this magnitude. Surely, it is going to take a decade or even more to rebuild the destroyed infrastructure.

Although experts had been warning for many years that Nepal is situated in a high-risk seismic zone, lack of resources, poor planning, political instability and sheer laxity resulted in the state’s incapacity to act swiftly in the immediate aftermath of the quake. There was scarcity – of tents, packed food, basic medicines, and hospital beds to treat the injured. A total of just six helicopters were at the government’s disposal. The 90,000-strong Nepal Army just had one MI-17 helicopter, an inexcusable negligence brought out by the apathy of successive governments to sufficiently equipping security forces so that they could respond swiftly to a national emergency such as this.

Fortunately for those affected by the disaster enormous support came from friendly countries, most notably from India, China, the United States, Israel and Pakistan in the immediate aftermath. India’s Prime Minister Narendra Modi held an emergency meeting, and within 4-5 hours, about ten teams of National Disaster Management Force were in Kathmandu. From the following day, under “Operation Maitri” (Operation Friendship), the rescue and relief operations were conducted with the help of the Indian Army’s Ilyushin II-76, C-130 J Hercules, C-17 Globemaster and several helicopters. This is continuing, as of writing. Two full-fledged army field hospitals, run by 18 medical teams and 18 army engineering teams, were also sent. It became Indian Army’s largest-ever support operation in any foreign country.

It was also the largest humanitarian aid mission conducted by the Chinese People’s Liberation Army in any foreign country since 1949. China sent 1,088 military personnel and members of armed police, and deployed eight transport planes to ferry a total of 416 tonnes of relief supplies to Nepal. Three air force helicopters are still aiding relief operations. The Chinese are also working to clear the debris on the blocked Kathmandu-Kodari highway that links Nepal with the 3 Chinese border town of Khasa. Over the years, this highway has become one of the vital arteries of land-locked Nepal.

The US had been assisting the Nepali security forces on disaster response and emergency preparedness for quite some time. The US mission had constructed US$ 1.4-million worth of deep tube wells across the Kathmandu valley that would provide 10,000 litres of water per day supporting 15,000 residents following an earthquake. These were seismically-safe deep tube wells. In fact, this project was completed just six months ago, and came in very handy after the earthquake on 25 April. The Americans have, after the earthquake, provided US$ 27-million for humanitarian relief activities in Nepal that includes medical supplies, improved sanitation, and hygiene kits to those severely affected by the disaster.

The area that the earthquake struck includes the district of Gorkha that has a sizable number of serving and retired Gurkha officers. Singapore’s Prime Minister Lee Hsien Loong, in a condolence letter to his Nepali counterpart, expressed Singapore’s deepest condolences for the loss of life. Deputy Prime Minister and Minister for Home Affairs Teo Chee Hean said in a statement, “We are very saddened at the loss of lives from the earthquake. The Singapore Police Force has a sizable number of Gurkha officers, and some hail from the affected regions. We share their anxiety and concern for their families, and will do all we can to aid Nepal in this time of need”. Singapore Civil Defence Force sent a 55-man search-and-rescue contingent including officers from its Gurkha Contingent who came equipped with cutting and lifting equipment, fibre-optic scopes, life-detector systems, etc.

While the first phase of rescue operation is over, there is now a great challenge of reconstruction of the collapsed and damaged buildings, rehabilitation of families currently in make-shift camps run by the Nepal Army, water, sanitation, health, food, protection and overall economic recovery. The Nepal Government has launched a ‘Post-Disaster Needs Assessment’ in order to assess the socio-economic impact of the earthquake and identify the priority needs of the affected and critical sectors of the economy. Although the assessment teams have been sent to the villages, and their final report is yet to come, the initial estimates by the Finance Ministry show damage of more than US$ 5 billion. The Government has announced US$ 2 billion National Reconstruction Fund, but its own allocation from its coffer is only US$ 2 million. According to 4 Jamie McGoldrick, UN Resident Coordinator in Nepal, “out of the 415 million US dollars requested for immediate humanitarian intervention by the UN, only 22.4 million has been received till May 8th”. The United Kingdom has pledged 22 million pounds, and Germany 2.5 million Euro. The EU has also approved 16.6 million Euro as assistance.

The Nepal Government has insisted that all monetary help come through a single-window of the ‘Prime Minister’s Relief Fund’ as it will be easier to channelize funds through a centralised yet transparent and accountable mechanism with low over-head costs. But a lot of donors and INGOs have misgivings about this mechanism, owing to the lack of local elected-bodies in Nepal, bureaucratic red tape and politicization of the relief distribution system. There is a strong voice inside the country that aid should neither end up as salaries of consultants nor as relief to particular constituencies of influential parliamentarians.

But as the news about the Nepal disaster recedes from the international headlines, the inflow of resources will become insufficient, and Nepal will be in a tighter position to get the required funding for the herculean tasks that lie ahead. Instead of arguing about which account to deposit donations into, and whether the government or the INGOs should take the lead, both the Nepal Government as well as the international community need to realise that it is already becoming a race against time. Donors must speed up the financing of housing re-construction, and the Nepal Government must start delivering. There is a very little margin for error. The situation is further compounded by the fact that Nepali youth in their millions are in the Gulf, Malaysia, Korea and other places, with only the elderly and children left in the rural hinterlands. This makes the reconstruction work even more difficult. If this plantation season turns unproductive, there is also a growing concern of wide-spread food shortages.

Another great impact of the quake has been felt at four out of the seven UNESCO heritage sites in the Kathmandu valley. Bhaktapur, Lalitpur and Hanuman Dhoka Palace squares must be rebuilt, not only to restore Nepal’s golden history but also to protect these sites for tourism and for future generations to see. The Kaasthamandap for instance was 500 years old; the capital city 5 owes its name to this temple. Without these heritage sites, Nepal’s soul will be lost in the rubble of the disaster.

Usually when there is a natural calamity on a scale like this, first there is death and destruction, then there is a humanitarian crisis followed by a political upheaval. Post-disaster situation is always a breeding ground for further instability. Nepal has had seven Prime Ministers in eight years, still without a full-fledged Constitution and without local elected-bodies. If the growing frustration among the citizenry is further aggravated by lethargy on the part of the government, it will be a crisis of an unimaginable scale.

Dr Nischal Pandey is Director of the Centre for South Asian Studies (CSAS), Kathmandu, and Honorary Fellow of the Institute of South Asian Studies (ISAS), an autonomous research institute at the National University of Singapore. He can be contacted at [email protected] Opinions expressed in this paper are those of the author, and do not necessarily reflect the views of ISAS.