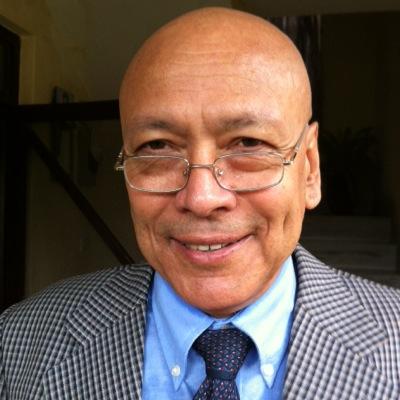 There is a well-known proverb that when two elephants make love, or even quarrel, the grass always gets trampled on. But a contest between a dragon and an elephant is an altogether different game. At the moment, the pundits of international relations have quite rightfully concluded that the dragon has kicked the elephant flat out from the mountains, terraces and plains of Nepal following the debacle of the months-long cruel (and ongoing) “economic blockade” imposed by India along the Nepal-India border.

Before it is too late, it has now become necessary to tell the whole wide world about the political, diplomatic, strategic, economic and humanitarian impacts on regional realities of trilateral relations based on the bifurcation of national interests between Nepal, China and India.

The world knows that Zhou, Nehru and Mahendra played instrumental roles in propagating the idea of Panchasheel, on the basis of which the Non-aligned Movement (NAM) was established in 1961. China later declined to participate in it. On the other hand, the founder country India broke “The NAM Principle” of non-interference in each other’s affairs and peaceful coexistence just a year after establishing NAM by attacking China in the year 1962. However, India tasted a humiliating defeat in this war with China.

But India continued to retain its expansionist aspirations. India immediately occupied 37000 hectares of Nepal’s land in Kalapani, 14000 hectares in Susta and 12000 hectares more in 71 other places along the Nepal-India border by deliberately encroaching upon and violating Nepal’s territorial integrity.

India imposed economic embargo on Nepal for the first time in the year 1969 in response to Nepal’s decision to remove ‘Indian surveillance unit’ from her northern border with China. India was further infuriated when Nepal became Non-Permanent Member of the United Nations Security Council (NPM-UNSC) the same year.

Another extreme instance of Indian expansionist aspiration was the illegal occupation of Sikkim in the year 1975 by using the weapon of “infiltration”. India also displayed its aggressive attitude towards Nepal by not supporting latter’s “Zone of Peace” proposal in the year 1975, something was supported by 116 countries of the world.

When Nepal imported some necessary arms for the purpose of domestic defense from China after the establishment of the regional body SAARC in the year 1985, India was again infuriated and went on to impose “declared economic embargo” to cripple Nepal economy.

There is a saying in Urdu, “jiska kohi nahi hota, uska khuda hota hai”: meaning “Those who have nobody, they have God by their side.” For this author, God means a person who helps the needy! There is another English saying which goes, “A friend in need is a friend indeed.” While the so-called friend from the south, India, is trying to paralyze Nepal’s economy by imposing a blockade (and this at a time when the quake-hit country could possibly face a major humanitarian crisis this winter), China has emerged as a real friend from the North by announcing that it will donate 1.3m liters of fuel to help Nepal deal with the ongoing fuel crisis. This is a good beginning. Now the next logical step would be Nepal and China signing an agreement for the trade of fuel and LPG between the two countries.

Fortunately, the basis for this has already been created. On November 5, 2015, Nepal and China signed agreements to open 7 border points (in addition to Kodari and Kerung) for cross border trade between the two countries. Though late, this is a landmark decision to promote both mid- and long-term trade between the two countries. And it might possibly pave the way for NIC (Nepal-India-China Economic Corridor) that will help Nepal benefit from increase in trade and investment from China.

In his interview to The Wall Street Journal ahead of his official US visit in September, President Xi said, “China has pledged never to practice expansionism and seek hegemony. History has and will continue to prove this.” This is vital in today’s Indo-Nepal Conflict resolution. This author takes pride in recommending China’s mediation [see APD October issue and my interview to Xinhua] in resolving
the current imbroglio that has damaged the relations between Nepal and India.

China has already started giving indications that it is willing to take up this role. On November 4, 2015, Chinese foreign ministry spokesperson Hua Chunying said, “…Beijing is willing to have friendly consultation with India to work out consensus to address Nepal’s constitutional crisis.”