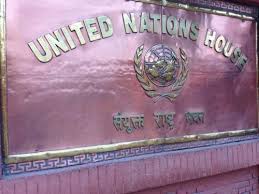 KATHMANDU, June 11 (Xinhua) – The Nepali government has asked the United Nations (UN) to close its Department of Political Affairs (DPA) unit based in Kathmandu with immediate effect, a spokesman at the Ministry of Foreign Affairs said here on Monday.

Bharat Raj Paudyal, spokesman at the ministry, told Xinhua that a recent meeting of the Council of Ministers presided over by Prime Minister K.P. Sharma Oli took a decision to shut down the UN DPA unit based in Kathmandu.

The government has informed the UN in writing regarding its decision through diplomatic channel, the spokesman added.

The UN political unit had been in operation as the residual office of the United Nations Mission in Nepal (UNMIN) after the UNMIN’s exit from the country since January 2011.