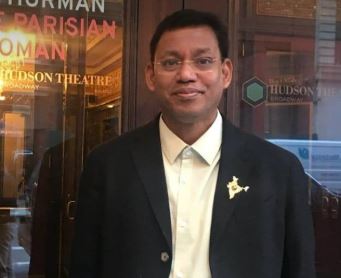 By Pamarty Venkataramana (26 November 2018) – That Nepal houses the headquarters of the South Asian Association for Regional Cooperation (SAARC) is a boon for the current dispensation of the Government in Kathmandu. As a kingdom,the world was different both within and outside the land.But,now that it has overcome the teething troubles of a newly constituted people’s democracy and embraced the structural formulae required to please a federal conglomeration of different States within the country,it is time to address the diversities and differences across various regions of this Himalayan Nation.

How does one redress the grievances of people from different walks of life without trampling over ideological dissimilarity of people in power. Merger of communist parties is a positive sign towards betterment of the country being the ultimate goal of those who wield the baton of power on being elected by people.However,mere subscription to one modern constitution does not help solve all ailments of a society that boasts of a hundred plus identities within the national identity or of indigenous and many other compositions of the nearly three crores of resident population. Nature is both a benefactor as well as a benign partner of this ancient land of peace-loving people.

So,the solution to every problem which faces the Nepalese society seems to be embedded in economic terms.

The day the Nepal Government evolves itself to identify areas of monetisation as well as raising of financial resources required to create more and more jobs;create infrastructure in rural areas;embrace path-breaking technological advancements under offer from other developed nations,the state of the economy would be uplifted and there will no longer then be reports by world bodies and banks highlighting their study of Nepal as a country with more than a third of the population leading a life of penury and below the set poverty-line!

How does one go about trying to efface the line-‘ half of its funds are developmental funds received from other countries’ ?

After an in-depth,first-hand analysis made throughout the varying terrains and demographic composition of Nepal,one cannot but help arrive at the studied observation that Nepal should begin the task of re-engineering its fiscal policy through forging of stronger regional cooperation. Towards this objective,it has two large neighbours-China and India ,both of whom are ever eager to please the culturally similar Nepal. Other member-nations of SAARC such as Bangladesh,Sri Lanka,Maldives and Bhutan are not to be over-looked.Pakistan may be battling it’s own internal woes and so,not a very likely contributor to progress of Nepal today but all the others are the best bet to start a vigorous drive to increase the inflow of both capital and joint-venture partnerships to augment the infrastructural development of Nepal.Bigger countries such as the U.S.A.,U.K.,Australia,Germany,France or other EU countries,Canada,Netherlands,Brazil and South Africa are too far by location and the people-to-people contact can be limited only to a tourism based pact and sharing.Nepal enjoys arguably the best and diligent as well as the most hard-working human resources in the world and this can be bandied about the SAARC region nations to shift their medium and small scale industries to remotest parts in Nepal resulting in a sustainable growth of the economy. Merely uttering or restating the phrase-‘sustainable goals of U.N.’ would not become the abracadabra for overall growth of Nepal.

Political links have paved the way to such pacts as the Indo-Nepal Treaty and now is the hour to fully harness the power of such ties.

Formulate policies to accommodate the creation of wealth and think on lines of a tiny land in the Middle East which does not drill a drop of oil yet has almost 145-nationalities flocking to its soil as an economic zone of wealth.

What deters a mighty land as Nepal with much spiritual energy and vast natural resources from moving towards the fast developing era of digital world and high street finances or building heavy infra projects with support from SAARC neighbourhood? The observers of SAARC it is often remarked in jest,outnumber the members. These countries would also be willing participants to the agenda of rapid growth of Nepal.

Faltering at this juncture would only be counter-productive to the laudable strides made in direction of establishing a constitution-led form of Government.

This is a time for decisive actions and not for experiments and dilemmas or waiting for a wizard from the bureaucratic lot to churn out wealth for a whole nation.

Communication,transportation and agricultural resources ought to constitute the main arm of development. Economic influence as a tool of political development has been the dirge of the pundits of developmental economics since ages.

Perception versus reality is the point from where to start the process of utilising the home-based SAARC family to raise the standard of living and cut down on ever-mounting external-debt bill of Nepal.

Micro and macro policies can be discussed at another level even as choosing the right diplomatic corps becomes necessary to build a conducive environment for welcoming foreign direct investment and participatory programs to attain the quantum-leap jump which every young and old Nepalese citizen aspires for today – more than ever before!

One strategic option might be the creation of a special office of Honorary Consul of Nepal to SAARC Nations ( led by an eminent visionary-friend of Nepal ), and reporting directly to the Prime Minister or President of Nepal. Such a catalyst would allow SAARC-level regional strategy to work in concurrence with bilateral strategy and also coordinate with relevant States/state governments,thereby facilitating greater coordination between these various elements.

All,in the overall interests of a quarter of the globe’s total population living in the SAARC region and three million souls in Nepal 🇳🇵

Que,sera,sera? Whatever will be,will be?

Only good will be the outcome of some dynamism required to be exhibited most urgently by the present dispensation- all honourable men !

– Author is an eminent jurist and internationally acclaimed author-thinker based out of New Delhi,India.