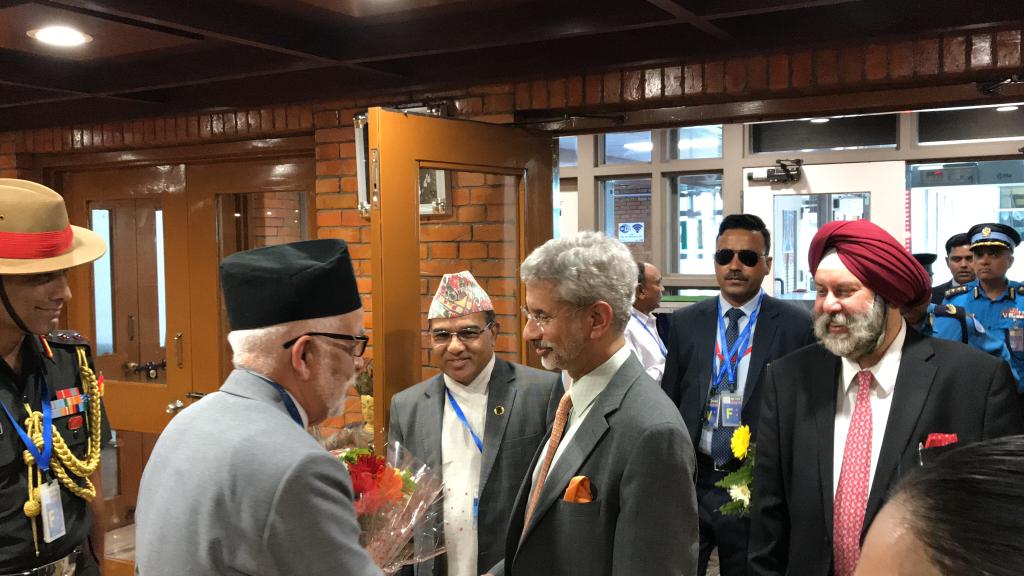 Nepal Foreign Affairs (KATHMANDU, 21 August 2019) – Indian Minister for External Affairs Subrahmanyam Jaishankar is arriving after a while Nepal leading a high-level delegation team to the meeting.

As per the information obtained by the sources, an agreement on food security will be signed in the meeting while issues raised in the Joint-Secretary level preparatory meeting held on Tuesday and Wednesday will be consolidated and be presented in the meeting for signature from the both sides.

Indian government will also provide financial assistance for the two separate projects- post-quake reconstruction works and to build roads in Terai area. A cheque on the same will be handed over to Nepal.