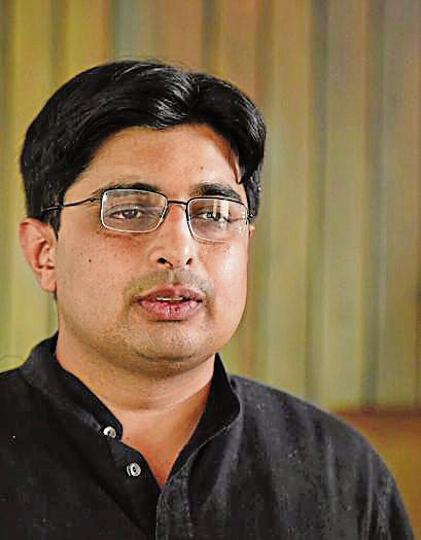 As conventional as it may seem – for every new Nepali PM makes his first visit to India – it comes after three years of deep acrimony between India and Oli and about six months of an intense effort by the two to patch up.

The differences are now well-documented.

India took a strong position on the Nepali constitution, promulgated in September 2015, as it believed it did not address the concerns of the people of the Tarai. Oli being the primary architect of the constitution defended it with all his strength. India backed a blockade by the Madhesis to cripple supplies to Kathmandu to generate pressure. Oli, as PM, used it to stoke ultra- nationalism and shift Nepal’s orientation towards China.

India cobbled together a coalition of the Nepali Congress, Maoists and Madhesi forces to topple Oli.

Oli, backed by China, allied with the Maoists and won elections late last year on a strong ‘nationalist’ plank.

How was it that despite this turbulence, Delhi and Oli arrived at a working relationship?

A little before the Nepal elections in November-December, a senior Indian political interlocutor visited Kathmandu.

Over an extended meeting, the then leader of the Communist Party of Nepal (Unified Marxist Leninist), K P Oli relayed to him a set of reasons for his unhappiness with India– the primary ones being how Delhi had sought to undermine his position, tried to stop him from becoming PM in 2015 and toppled his government in 2016, despite the fact that he was ‘India’s closest friend’ in Nepal. The Indian intermediary conveyed to him that India had no intention of doing so, assured him Delhi would stay neutral in the election, and work with him if elected, but in return, Oli must drop the ‘anti India’ positioning.

Oli’s party, in alliance with the Maoists, swept the polls.

There was a view in Delhi that India must do what it could to stop the Oli-Maoist combine from coming to power. But this was quickly overruled. At various levels, Delhi’s engagement with Oli intensified.

The same interlocutor met him in Bangkok and reiterated India would work with his government. On his part, Oli pledged he would stick to tradition and make his first visit to India as a sign of his commitment to close ties between the two countries.

PM Narendra Modi spoke to Oli twice on the phone before he became PM and once after he took office; External Affairs Minister Sushma Swaraj made a visit to Kathmandu before the Oli government took over and, defying protocol, spent most of her time with UML leaders (then still in opposition) and met Nepali Congress leader and PM Sher Bahadur Deuba at the end. Besides, the Indian ambassador to Nepal – senior diplomat Manjeev Puri – has been on a charm offensive to woo Oli.

Oli’s India visit is a culmination of this intensified diplomacy.

But the rapprochement has happened at a certain cost and carries certain risks. The cautionary note comes from three different schools, in Delhi and Kathmandu.

First, in Kathmandu, leaders of the Nepali Congress feel let down by India. Five NC leaders have visited Delhi in the last three weeks, and have met a range of political leaders and officials with broadly the same message – Oli and Maoists are consolidating; they are taking over state institutions and the democratic space is shrinking. They are of the view that by ‘appeasing’ Oli and almost ‘bending over backwards’, India is enabling Oli to become stronger at the cost of its older friends. If this continues, at least two of the four NC leaders have warned, they too would be forced to take an ‘ultra nationalist’ position– since criticising India helps domestically and has no cost externally. Delhi can be taken for granted as Oli has shown, one NC leader commented, with a tinge of bitterness.

Indian interlocutors have told the NC that it is overreacting; they fared poorly in elections because of poor leadership, poor governance and factionalism and should get their house in order first; that India has no choice but to work with the elected government in Kathmandu and that the NC would remain a cherished friend.

Second, those who have sounded an alarm bell are senior Madhesis political figures, but more vocally, the civil society. They believe that Delhi’s entire rapprochement with Oli has come at the cost of Madhesi rights. India has dropped the agenda of a constitutional amendment to address issues of federal re-demarcation, which was at the heart of a prolonged India backed agitation in 2015-16 . While Tarai parties have done well in elections and formed the government in the Madhes province of eastern Nepali plains, community leaders and opinion makers have a strong sense of resentment at what they see as Delhi’s betrayal.

India’s response to them is on these lines – we are with you; there is no way we can drop the agenda of Madhesi people; your divisions have harmed the cause; work together. But a key Indian minister is understood to have told Madhesi leaders that the political context did not allow India to raise their issues and it had to protect its interests at the moment.

The third cautionary note comes from within the government of India itself and the strategic community here. A section of India’s intelligentsia, officials who have served in Nepal, and retired diplomats believe that in what is coming across as a rather desperate quest to show that its ties with Kathmandu are fine, and avoid ‘bad headlines’, Delhi may be hurting its long term interests.

They believe while engaging with Oli is a necessity, India is underestimating the inherent dangers. They argue China has brought Oli and Maoists together; Oli’s primary loyalty will be to the ‘north’; India should not get misled by optics; Oli will sooner or later cross the strategic ‘redlines’; it is important that India has alternatives at that point; the current approach will leave Oli so strong that it will be difficult to dislodge him; Delhi must continue to engage with Maoist leader Prachanda and seek to wean him away from Oli to break their alliance; it must also work to strengthen the NC and Madhesis and create a coalition which can take on the UML eventually; India is currently appearing weak and Nepali political actors will not take Indian power and messages seriously.

The dominant school of thought — which is backed by the EAM, key political interlocutors, and bureaucrats at the external affairs ministry — however does not buy this ‘alarmist’ version. They believe that India has to respect the democratic mandate of the Nepali people, or else it would end up further alienating popular opinion; that Oli must be given a chance and it is important to wait and watch how Oli engages with both India and China; that if he wants to indeed develop Nepal and leave a legacy, he cannot antagonise India; and that India does not have much of a choice either – Prachanda is unreliable, the NC is weak, and Madhesi parties are geographically limited to eight districts and backing them publicly invites the wrath of Kathmandu’s political elites and pushes it towards China further.

It is against this backdrop – of deep discord, rapprochement, and internal arguments with friends back in Kathmandu and within the system in Delhi – that the Government of India is laying out red carpet for K P Oli. The visit represents a dramatic tale of fluidity of politics and diplomacy.