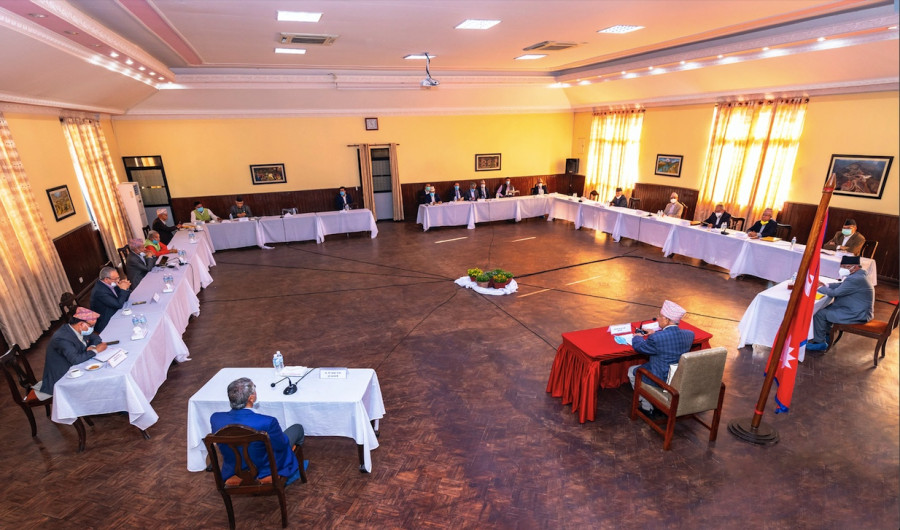 Nepal Foreign Affairs (KATHMANDU,. 13 May 2020) – Former prime ministers and leaders of major political parties have urged the KP Sharma Oli government to hold talks with both India and China in order to settle the diputed Kalapani areas including Lipulekh.

After India constructed the road to Mansrobar via Lipulekh, the border dispute has come to the fore with serious objection of Nepal. Prime Minister KP Sharma Oli, who is known for his nationalist image, sought the all party meetings to seek consensus in the issue.

Speaking at an all-party meeting called by Prime Minister Oli at Baluwatar on Wednesday, a majority of political leaders said that since the road link opened by India via Lipulekh will ultimately reach the Tibetan Autonomous Region of China, Nepal should hold talks with Beijing as well, according to statements released by leaders after the meeting.

The leaders called on the government to initiate political and diplomatic talks with both India and China while also criticising the government for not taking any concrete steps in the last six months to hold talks with India over the Kalapani issue.

New Delhi’s Friday move comes six months after it placed Kalapani within Indian borders on a new political map published on November 2 in line with the Narendra Modi government’s decision to split up Jammu and Kashmir into two federal territories.

After a huge uproar, Oli, on November 10, had called a similar all-party meeting to solicit views on resolving the boundary dispute with India. Leaders present at the meeting had thrown their weight behind Oli and called on the prime minister to initiate diplomatic talks with India.

After Wednesday’s all-party meeting, Nepali Congress President and former prime minister Sher Bahadur Deuba said that his party had asked the government to hold trilateral talks among Nepal, India and China in order to end the dispute at the Lipulekh pass.

“When India and China agreed to expand a trade route via Lipulekh in 2015, then government led by Sushil Koirala had lodged protests with both Delhi and Beijing by sending diplomatic notes,” Deuba reportedly said at the meeting, reading out his party’s official position, a copy of which was seen by the Post. “So the Nepal government should immediately hold talks with both India and China and make our position clear that Lipulekh, Kalapani and Limpiyadhura belong to Nepal. Any encroachment is not acceptable.”

On Saturday evening, after Nepal Foreign Ministry issued an official statement on the road link, India’s Ministry of External Affairs, in a press statement of its own, responded saying that India had built the road within its own territory and that Delhi was working to hold talks with Nepal after the Covid-19 crisis.

On Monday, the Indian Embassy in Nepal refused to acknowledge that it had received a diplomatic note and instead, said that Kwatra submitted a copy of the statement by the Indian External Affairs Ministry to Foreign Minister Gyawali.