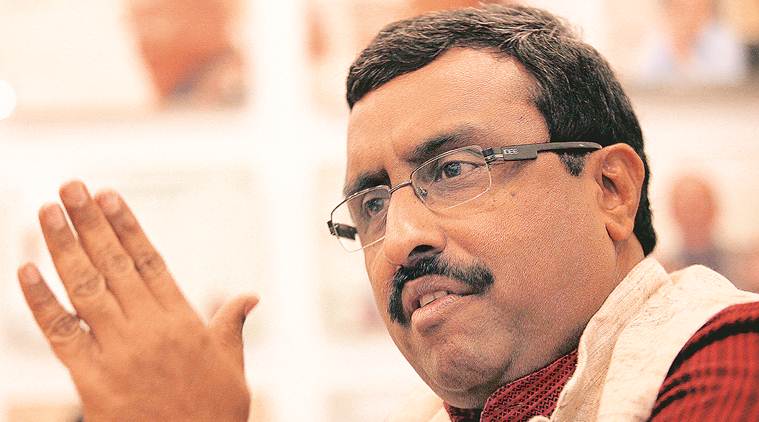 Madhav, also the director of think tank India Foundation, said that Oceans can play a vital role in Nepal’s development if it pays attention to water connectivity.

Addressing the India-Nepal Think Tank summit here, he advised Nepal to adopt the “Look South” policy which does not necessarily mean to look towards India, but also to have access to the most happening Indian Ocean through India’s Calcutta port and Bangladesh’s Chittagong port.

It will also open opportunities for Tibet, and the autonomous regions of China, he said.

Stressing on Prime Minister Narendra Modi’s policy on the development of neighbouring nations, Madhav said that Nepal and India are not just two countries but two great civilisations having historical and cultural linkages.

He said that India has extended its full support to Nepal in its endeavour to move forward in the path of parliamentary democracy.

The summit was also attended by former Nepalese Prime Minister Pushpa Kamal Dahal ‘Prachanda’, who said that a peaceful, prosperous and stable Nepal is and will be in India’s interest.

There is a need to promote understanding and cooperation between the two countries and the people, he said.

Prachanda, who is also the co-chairman of ruling Nepal Communist Party (NCP), said that recent high level visits of prime ministers of  both the countries have created a fresh momentum in bilateral relations.

The summit was jointly organised by the Asian Institute of Diplomacy and International Affairs (AIDIA) and Nehru Memorial Museum Library (NMML).

It envisaged to serve as a platform for think tanks, policymakers, business entrepreneurs, diplomats and academicians of the two countries for strengthening bilateral relations.

Puri viewed that the mutual economic cooperation between India and Nepal would be furthered given the latest agreements such as the Arun III hydro power project and Integrated Check Post in Birgunj.