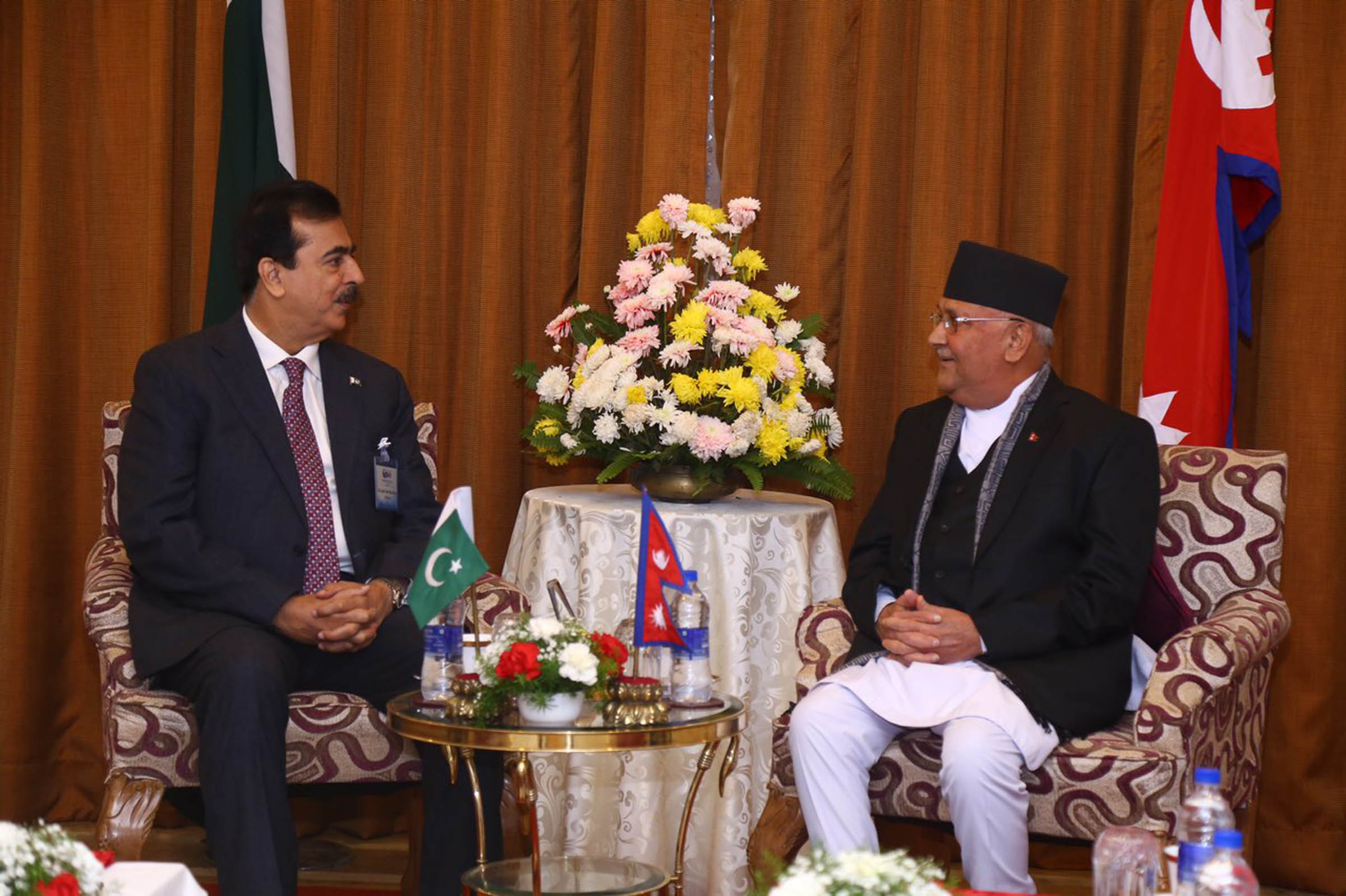 Nepal Foreign Affairs (KATHMANDU, 2 December 2018) – Prime Minister KP Sharma Oli has said Nepal would facilitate from its side to hold the 19th SAARC Summit in Pakistan.
During a meeting with the former Prime Minister of Pakistan, Yusuf Raza Gilani, who is currently in Nepal in course of his participation in the ongoing Asia Pacific Summit in Kathmandu, PM Oli said Nepal, as the current Chair of SAARC, would play a role to hold the coming SAARC Summit in Pakistan and was desperate to hand over the chairmanship.
Although the 18th SAARC Summit had decided to hold the next summit in Pakistan, the misunderstanding between India and Pakistan has been hindering the schedule.
According to PM’s Advisor on Foreign Affairs, Dr Rajan Bhattarai, the former Prime Minister of Pakistan said the Pakistani people and political parties were committed to SAARC and ready to host the summit.
PM Oli also reiterated that Nepal was for making effective the regional organization.
Former President of Colombia meets PM Oli

Pastrana said he was impressed by the success of Nepal’s peace process and PM Oli’s vision of development and prosperity in the context that his country was also moving towards peace from conflict, according to Advisor Dr Bhattarai.
During the meeting, they discussed trade and investment and the expansion of diplomatic relations between the two countries. Pastrana had also come to Nepal to attend the Asia Pacific Summit.