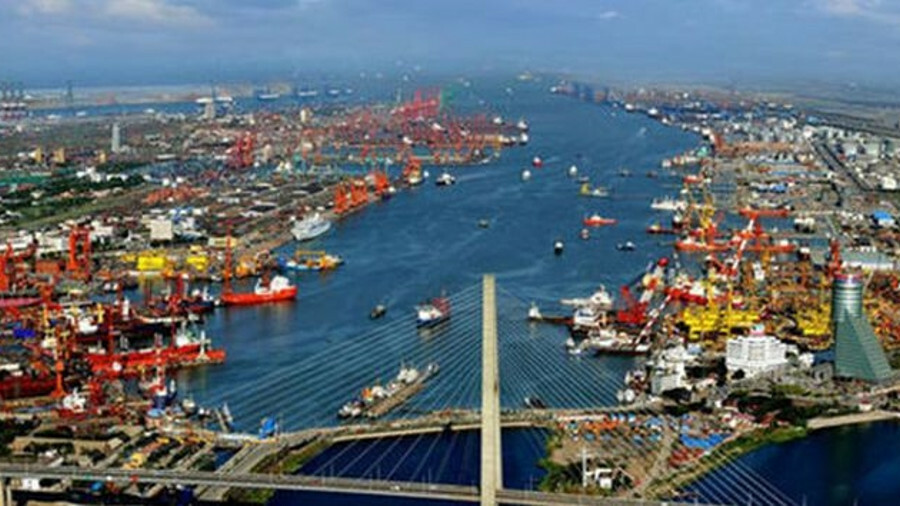 Nepal got the facility to utilise four sea and three land ports of China as per the Transit and Transport Protocol that was signed at the joint-secretary level meeting between Nepal and China in September 7, 2017.

The agreement enabled Nepal to use four Chinese sea ports- in Tianjin, Lianyungang, Shenzhen, and Zhanjiang, and three land ports- Lanzhou, Lhasa and Shigatse for carrying out third country trade.The agreement on Transit and Transportation Protocol came into implementation from January 1, 2020, according to the Ministry of Industry, Commerce and Supplies.

Apart from the ports, Nepal and China have agreed to use additional borders for carrying out trade and transit activities. Nepal can use altogether six border entry points- Kimathanka, Nechung (Korala), Rasuwa, Kodari and Yari. Nepali vehicles can reach up to Shigatse after taking permission to ferry goods.

Earlier, protocol on transit and transportation was signed between Nepal and China during the Prime Minister’s KP Sharma Oli’s visit to China in March 2016.

The agreement of 2018 reached between the representatives of both countries held in Lhasa, Beijing and Kathmandu had decided to give the final shape to the protocol.
After reaching the agreement on the protocol, Nepal and China had signed the Protocol on Implementing Agreement on Transit and Transportation during President Bidya Devi Bhandari’s visit to China in April, 2019.
Minister for Foreign Affairs Pradeep Kumar Gyawali and Minister for Transport of China Li Xiaopeng had signed the agreement on behalf of their respective governments.

As per the signed agreement, both the countries can use the ports after by providing information on the preparation to use ports to each other.
Nepal has already informed about the preparation to use ports to China and China responded that Nepal could start using ports from January 1, 2020, said Baikuntha Aryal, secretary at the Ministry of Industry, Commerce and Supplies.

China is the biggest trading partner of Nepal after India. Nepal’s trade with India stood at 60 per cent at present while it was almost 68 per cent a couple of years ago.As per the latest foreign trade statistics of the Department of Customs, Nepal exported goods worth only Rs. 863 million to China while imported goods worth Rs. 102.47 billion from it during the review period.

Nepal imported goods worth Rs. 349.63 billion from India while it exported goods only worth Rs. 32.56 billion to India during the first five months of the current fiscal year.Meanwhile, Nepal has provided the list of 150 exportable products of Nepal to the Chinese government.The export of these goods would ease after the government of China listed Nepali products in its import list, said Aryal.