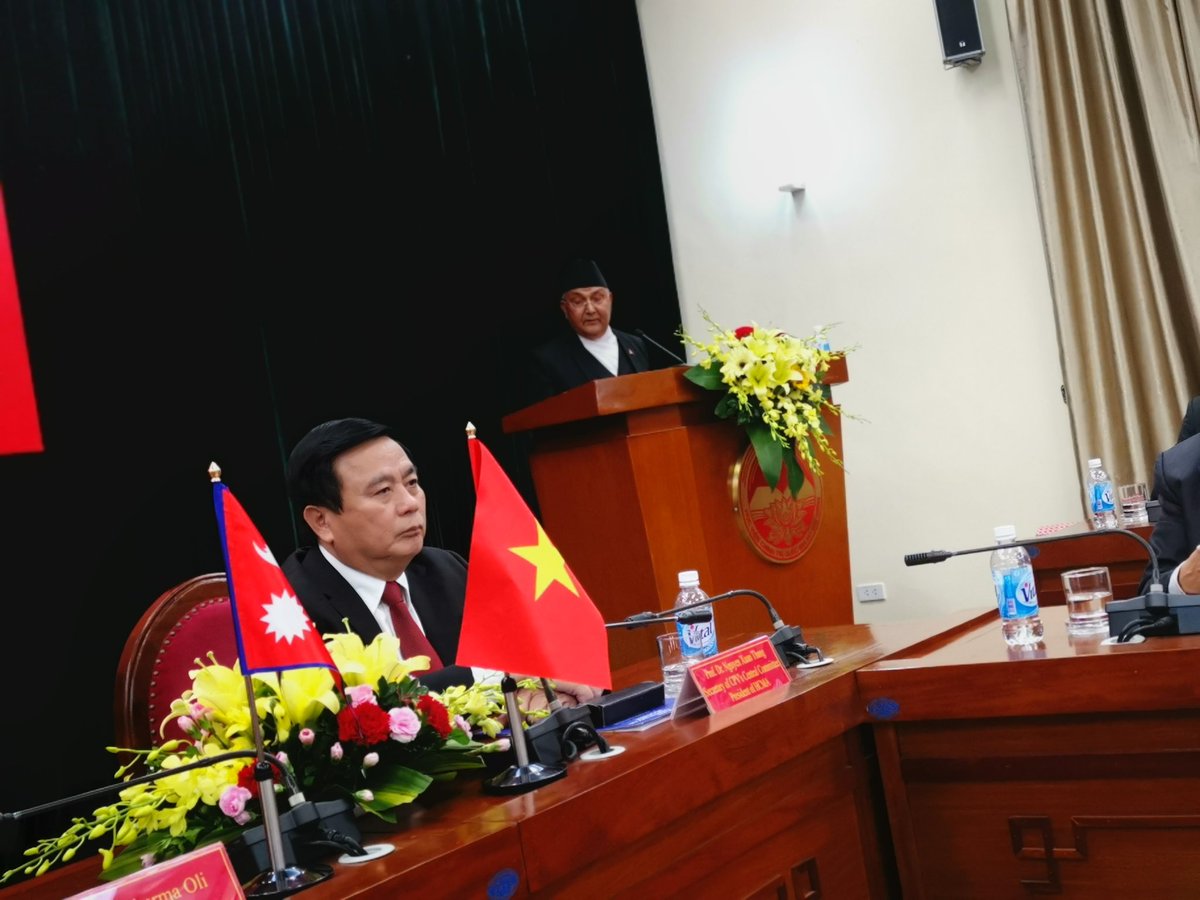 Agreements on Exemption of visa to diplomatic and official passport bearers and MoU on the establishment of a bilateral consultation mechanism between two governments were signed.

Similarly, a letter of intent on negotiation on trade and an investment framework agreement was signed by secretary at the Ministry of Industry, Commerce and Supplies Kedar Bahadur Adhikari and Deputy Minister of Industry of Viet Nam, Dang Aoang An.

The signing ceremony was held at the Presidential Palace in presence of Prime Ministers of Nepal and Vietnam.  RSS