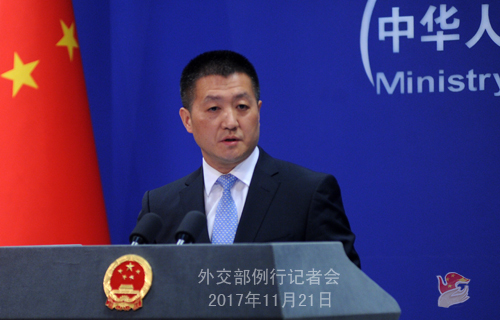 Nepal Foreign Affairs (KATHMANDU, 22 November 2017) – China has believed that Nepali political parties will be united to complete the election scheduled for 27 November and 7 December 2017.

‘China sincerely hope that various parties in Nepal will work in unity to complete the election to help the country set out on a new journey of political stability and economic development” he said in conference.

Responding a question about the upcoming provincial and federal election and the series of attacks have been carried out against the candidates, he said China always stands with Nepali people and parties to complete their priority.

”As a good neighbor and good friend of Nepal, China supports Nepal in choosing a development path that suits its own national conditions” Kang further said.