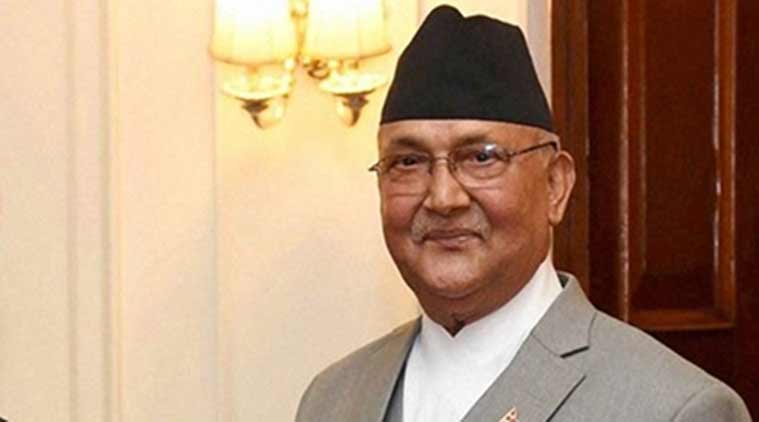 Nepal Foreign Affairs (KATHMANDU, 14 August 2018) –  Prime Minister KP Sharma Oli has said that the government will do what the Constitution requires of it and deliver to the people peace, good governance, development and prosperity. “The people of Nepal have waited long enough and will not tolerate any excuses whatsoever from this popularly elected Government—a Government of the people, by the people and for the people”.

In a statement to the concluding ceremony of the Conference on the Constitution of Nepal 2015 here this evening, Prime Minister Oli said the Constitution of Nepal is the encapsulation of the collective will of the Nepali people as a whole, and contains all the novel, modern and progressive features of a democratic, inclusive and humanistic polity that we have aspired for during the several decades of our political struggles and revolutions.

“At the same time, I am also aware of the monumental tasks that lie ahead of us in translating into concrete actions the overwhelmingly pro-people, progressive and forward-looking provisions enshrined in our Constitution”, he added.

There are also quite novel rights guaranteed to the people of Nepal by the Constitution. These rights include the right to social justice, the right to clean environment, the right against exploitation, and the rights to education, health, employment, food, and housing and many others. The Constitution contains many provisions of a welfare state to guarantee the rights of every segment of society from children to elder citizen.

He expressed the belief that the Constitution will make Nepal a strong, prosperous and dignified nation, living in harmony and peace with our neighbors, maintaining cordial relations with all countries in the world, building partnerships for our development, and playing a proactive role in favor of a just, equitable and transparent world order.

Stating that the Constitution provides that the three tiers of governments are embedded in a single system of governance, albeit with different jurisdictions and separate lists of responsibilities, but within a structure of governance that seeks the support and co-operation from each other for effective delivery of rule of law, governance and public service, he said the revenues collected by the Government will be distributed equitably among the three tiers of the Government, and that the paucity of resources will not be a constraint in spearheading the development drive at the local levels.

The Prime Minister expressed the hope that the newly formed governments at the province and the local levels will learn from their experiences, and provide clean and transparent governance, while believing that since the local governments are close to the people, they are also more capable and responsible for solving local problems and foster local development more effectively.

The representatives of the sovereign people of Nepal have toiled long and hard for countless years in its making and I only wish that the future generations will not need to wage such struggles – as we had to – to get their legitimate demands heard, and their genuine concerns addressed, Prime Minister Oli noted.

He stressed on managing Centre-province relations as per the spirit of the Constitution, enhance the capacity of all tiers of government, and ensure the equitable distribution of natural and fiscal resources among the central, provincial and local levels of governance. It however requires great vision, strong leadership, dynamic adjustments, wideness and flexibility to achieve these objectives.

The three-day conference was organised jointly by Kathmandu University School of Law and the South Asia Trust. Almost 220 participants including 30 experts from across the globe deliberated and exchanged ideas on various facets of a constitution, with a special focus on the three years of implementation of the new constitution of Nepal.