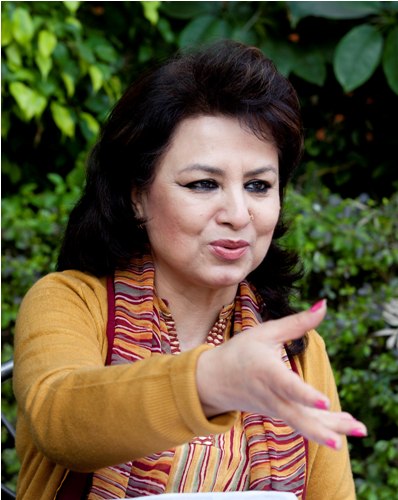 KATHMANDU, June 22 (Nepal Foreign Affairs)–Nepal’s long time women activist and human rights defender, Bandana Rana, has been elected as one of the 11 new members of the Committee on the Elimination of Discrimination Against Women (CEDAW) at the election held at the meeting of the States Parties to the Convention on the Elimination of All forms of Discrimination Against Women in New York on Wednesday. She was elected with the sixth highest votes (106 out of 189).
This is the first time that a Nepali national has been elected to the Committee. The Government of Nepal had presented the candidature of Ms. Rana in February 2016 for this election. Ms. Rana will be in the Committee for the term 2017-2020, the Nepalese Permanent Mission to UN based in New York said in a press release.
Following the election, Ambassador Durga Prasad Bhattarai, leader of the Nepalese delegation to the meeting of the States Parties to the Convention, said that the election of Ms. Rana today has come as an acknowledgment by the world community of the genuine efforts Nepal has been making in implementing the Convention and its protocol despite all the hardships we have to endure, and also as a recognition of Nepal’s ability to benefit the world community with our national experiences.

Rana said that she has been extremely happy with the election, that she was primarily grateful to the Government of Nepal and all States Parties for the trust and confidence they put in her, and expressed the commitment that she would serve in the Committee to the best of her ability. She said Nepal has so much to share and benefit from.
The others elected today included the experts from Lithuania, France, China, Lebanon, Norway, the Philippines, Ghana, Nigeria and Mauritania. One more expert will be elected from Spain or The Bahamas in the second round of election later today.
The CEDAW is a body of 23 experts elected by the States Parties to the Convention from among their nationals of high moral standing and competence in the fields covered by the Convention. The experts serve in their personal capacities. The Committee considers progress made in implementing the Convention, including through reports submitted by States Parties, and reports thereon to the United Nations General Assembly every year through the Economic and Social Council.
The Convention on the Elimination of All forms of Discrimination Against Women was adopted by the UN General Assembly on 18 December 1979 and had come into force on 03 September 1981. The number of its States Parties today stands at 189. Nepal became party to the Convention on Elimination of all forms of Discrimination Against Women in 1991. Nepal is also a party to its optional protocol.
Ms. Rana has a wide experience of about three decades in the field of women empowerment, women rights and gender equality. She is also a woman rights activist advocating for ending gender violence and combating discrimination against women. Ms. Rana served in the UN Secretary-General’s High Level Advisory Group from 2013 to 2015 for the Global Study on the implementation of UNSCR 1325. She was also a member of the UN-Women Global Civil Society Advisory Group from 2012 to 2015.