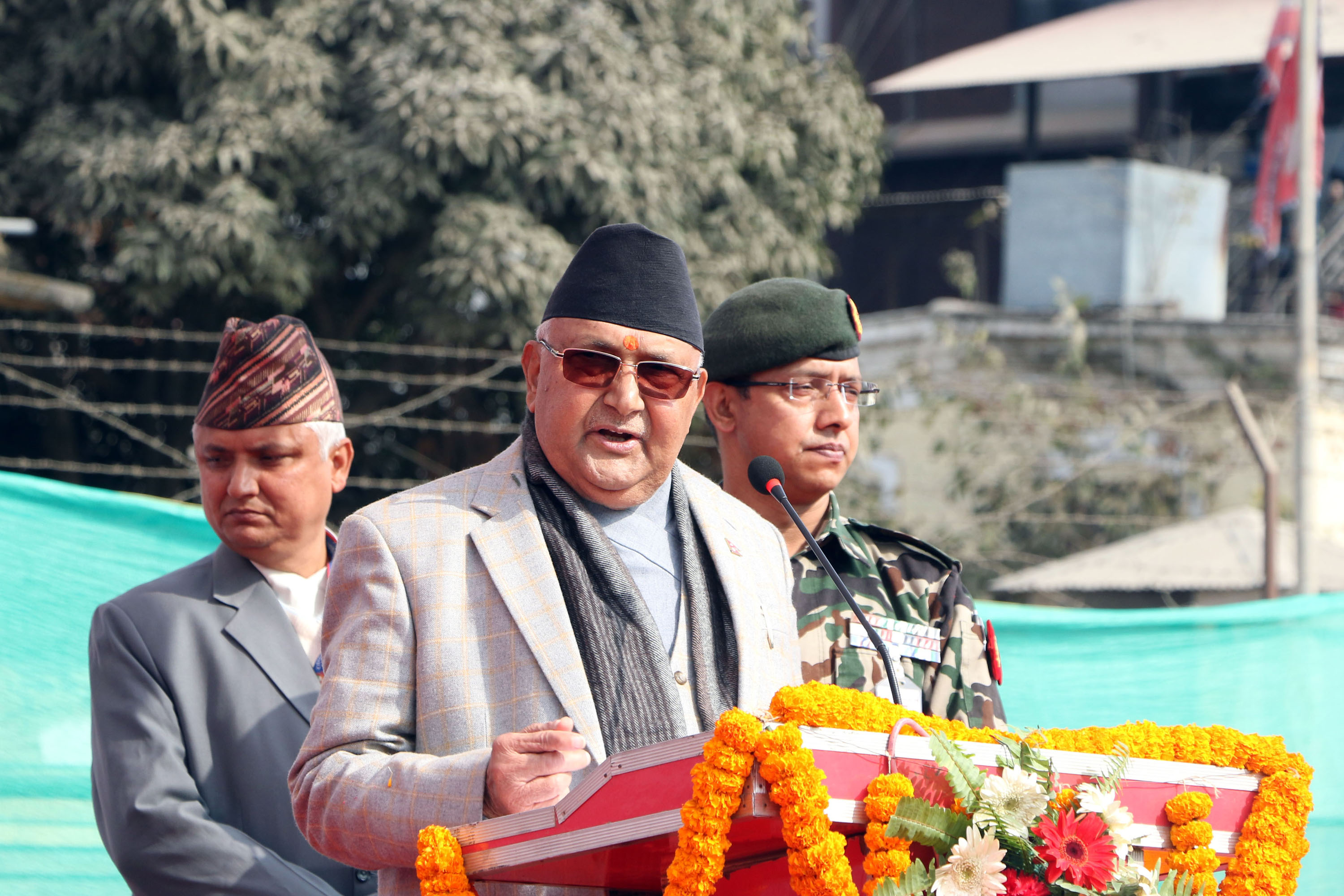 He said, “Our Dharahara was damaged time and again. We will build the new Dharahara similar to the previous one. Our ancient civilization and uniqueness should be protected.”

PM Oli argued that the reconstruction of historical monuments were essential to make archeologically important city –Kathmandu- safe and attractive.

NRA CEO Sushil Gyawali assured that the uniqueness of Dharahara would be kept intact while reconstructing a modern Dharahara.

Likewise, Kathmandu Metropolitan City (KMC) Mayor Bidya Sundar Shakya pledged support from the KMC for the reconstruction of Dharahara and drew the attention towards the air pollution that could be caused during its reconstruction.

He also urged the concerned agencies for the timely completion of Dharahara.
Construction Company Manager Raman Mahato shared that reconstructed Dharahara would stretch across 42 ropanis and would be 22-storey and 72 metres tall. The construction cost is estimated at Rs 3 billion 480 million and it is expected to be built within two years.