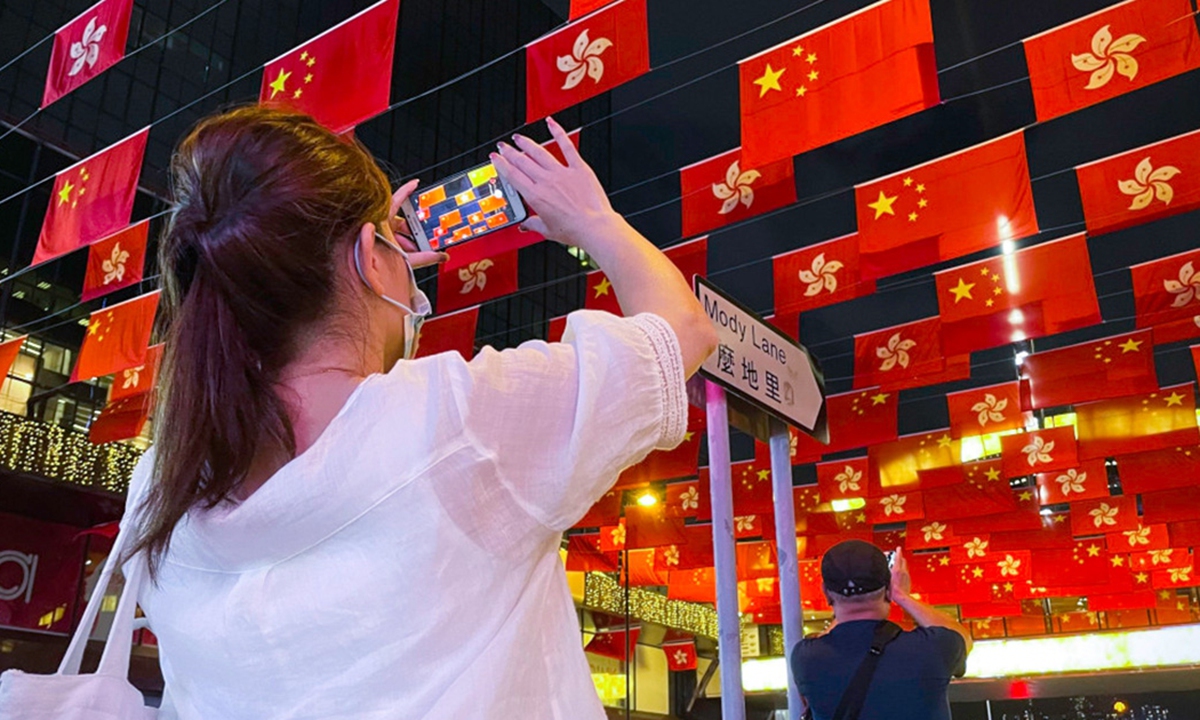 This result is in line with people’s feelings. The deterrent effect of the national security law for Hong Kong is obvious to all. The reformed election system has implemented “patriots governing Hong Kong,” which has achieved the greatest range of political unity in the city. The curtain is rising on a new situation of good governance. Society is more safe, stable and secure. This is the general feeling of Hong Kong citizens. Today, the city has shaken off the chaos and turmoil of the past. It has found its direction. In a sense, the poll reflects the general public’s expectation and confidence for Hong Kong and for “one country, two systems.” It is a summary of the past, and a beginning of the future.

Whenever Hong Kong develops in a positive direction, there are always forces that are reluctant to accept the reality. Unsurprisingly, a US media outlet deliberately showed “shock” toward the poll, saying the result occurred because people “lost their freedom of expression” and could only offer the answers that “the authorities want to hear.” It even made an alarmist claim that the new generation of Hong Kong may show xenophobia. The far-fetched rhetoric makes people not know whether to laugh or cry.

It is not difficult to see the result of this poll is hurting the eyes of some people, who have then released distorted and negative interpretations of the poll through overseas public opinion platforms. But the fact is undeniable. Putting aside the data, as long as one does not take a pre-set position, as long as he or she takes a walk on the streets of Hong Kong and chats with the people, it is easy to intuitively feel that Hong Kong is tremendously changing from chaos to stability. The overall awareness of Hong Kong society is also undergoing a historic period of driving out evil and ushering in good. The hearts of Hong Kong citizens are getting closer and closer to the motherland. These are both the reality that is happening and the general trend, which do not need a poll to prove.

It should be pointed out that the HKPORI once had a very bad reputation. In the past few years, it had taken advantage of public opinion polls to do a lot of cooperative and supportive work with those who oppose China and destabilize Hong Kong, showing low professional ethics and dubious political stance.

Therefore, this poll is by no means “manipulated” by the government. The press conference for the poll deliberately emphasized the influence of Hong Kong’s so-called wave of emigration, and some US media echoed this immediately. This shows that some forces aimed at opposing China and disrupting Hong Kong SAR still have not reconciled to the reality, and are trying to instigate attacks and smears against Hong Kong.

After experiencing the ups and downs of the city, Hong Kong citizens’ sincerest feeling is that Hong Kong must not be chaotic and it cannot afford to be chaotic, and Hong Kong’s development should not be delayed any longer. Hong Kong’s destiny has always been closely linked with the motherland, and the motherland will always be its strongest backer. This has become the collective consensus of Hong Kong society. Hong Kong people’s increasing favorability toward the country and the HKSAR government shown by the latest polls is a manifestation of such consensus. The spirit of unity has returned to today’s Hong Kong society. The dark forces that want to harm Hong Kong will find it increasingly difficult to find a foothold, until they are completely expelled. This process may be long and there may be twists and turns, but its direction is certain.

Hong Kong is setting off again, moving from chaos to governance then to prosperity. Everything is going in the right direction. In this sense, the more some US and Western people hold on to the “sour grapes” mentality, the more it proves that Hong Kong is moving steadily on the right track.