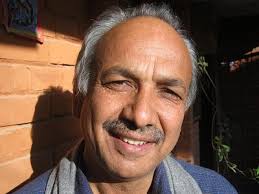 By Yubaraj Ghimire (12 March 12, 2018) –  Over the years, Nepal’s internal politics, the making of the constitution and the peace process, have been dictated by the international community, mainly India, the European Union, the US and the United Nations. But after the formation of a new government led by K P Oli, and his assertion that Nepal will not accept meddling by outsiders, key external forces appear to be in a withdrawal mood, at least for now. However, the transition is unlikely to be smooth, or quick.

Last month, around 30 philanthropists from the UK, US and other western countries assembled in Nepal to explore how best they could spend a part of their wealth for the good of Nepal. A major western donor with substantial interests in Nepal lobbied with the crowd to fund the fight against “modern slavery” that indirectly meant supporting “liberation” or “secessionist” movements in parts of Nepal, including the Tarai. The group decided not to get into political issues, and work for children, women and oppressed groups trapped in “slavery”.

Prime Minister Oli, who directly supervises many departments including state intelligence and the social welfare council, which issues permits to NGOs to operate in Nepal, has made it clear that any NGO or donor found to be indulging in local politics or working against Nepal’s national interests will be expelled. The intent of the new government was conveyed to the philanthropists’ group by Mahendra Bahadur Pandey, former foreign affairs minister and leader of the Communist Party of Nepal-UML.

Armed with all the powers and a majority in Parliament, Oli could confront the external forces — as PM he took on India during the five-month long economic blockade in 2015. “There will be zero tolerance towards corruption and external meddling,” Oli instructed his ministers. Donors too are suspected to be promoting corruption.

Less than a month after taking office, Oli conveyed the message to the international community in not-so-subtle terms that Nepal will pursue an independent foreign policy. The peace process as well as investigations in the human rights violation cases by the state and the Maoists during the decade-long conflict are incomplete, but Oli may chose to make these an internal affair and outside the gaze of international actors. Maoists, a key ally in the coalition government, are keen to have general amnesty granted in such cases, which is possible only if these are handled exclusively by national agencies.

Oli has repeatedly indicated that he plans to strike a balance between the two immediate neighbours, India and China. Indian ambassador Manjeev Singh Puri visited him with a cake and a bouquet on February 23, his birthday, and March 1, the day of Holi, a courtesy not shown to him during his previous term in office. Last week, Oli hosted Pakistan Prime Minister Shahid Khaqan Abbasi with full state honours, and both sides agreed to “convince” India that the SAARC summit be held in Islamabad.

Abbasi’s visit, the first by any head of the state after Oli became PM, was part of “Pakistan’s pro-active diplomacy” and its desire to extend trade, commerce and defence relations with Nepal. In an interview with four Nepali journalists, Abbasi expressed hope that the belt and road initiative of China, to which Nepal and Pakistan are signatories, will enhance connectivity and advantage in the neighbourhood and beyond. The visit by the prime minister of Pakistan, a strategic ally of China, may naturally raise suspicion in Delhi, which has long perceived Oli to be favorable towards China.

Incidentally, these developments including Abbasi’s visit, took place a week after the central government issued a circular to central and state authorities to disassociate with functions planned to mark 60 years of the 14th Dalai Lama living in exile in India. It was rightly interpreted in New Delhi that the “Thank You India” event would invite a hostile response from Beijing.

However, these developments are seen in a positive light in Kathmandu. “We host about 20,000 Tibetan refugees and with the confrontation between China and India likely to diminish, we can see both competing and cooperating on Nepal-related issues in a positive way,” said a senior government authority, adding that “we need to stop being dictated on political matters by either side”.

That’s easier said than done. The visit of Pakistan PM and Kathmandu’s growing proximity to China notwithstanding, the international community, which has made substantial investment in Nepal, is unlikely to let go of its influence so easily. Beijing has so far kept a distance from Nepal’s internal politics — the peace process, making of the constitution etc — by claiming to be pursuing a “politics of non-interference” in the country’s internal affairs. The unfolding scenario in the country, where fingers are being pointed at non-Chinese external actors, should gladden Beijing.