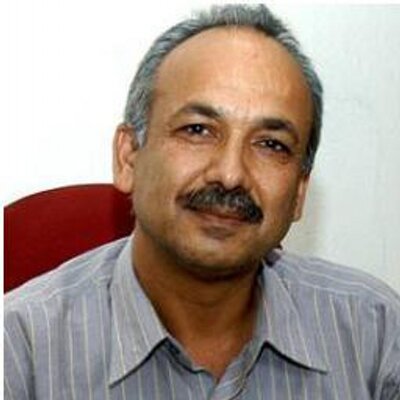 By Yuvraj Ghimire – Nepal’s Constituent Assembly (CA) members are now fanning out to their constituencies amid tight security, ostensibly to solicit public opinion on the draft constitution adopted by the House. A sum of Rs 1.2 billion is being spent on chartering helicopters to remote areas to transport the drafts — a bizarre exercise, unlikely to be seen elsewhere. The CA has decided that people’s opinion should be gathered within 15 days and incorporated wherever “possible or necessary”. All of this is happening when people, hit by the recent earthquakes, are struggling to find safe settlements or are busy farming.

The four-party alliance that signed a deal on June 8 to bring in the constitution at any cost at the earliest, may have missed the deadline, but is determined to do all the formalities symbolically and deliver the statute soon. Given the fact that public anger has peaked, their security is a major challenge. Also, soliciting public opinion on the draft is mandatory, but the four parties that control the CA will be comfortable if only their party followers are herded in.

Maoist chief Pushpa Kamal Dahal (Prachanda) arrived in New Delhi this week for consultations on the issue. India has also invited leaders of the faction-ridden Nepali Congress and Communist Party of Nepal-Unified Marxist Leninist (CPN-UML). This exercise was regular under the UPA regime but stopped after Narendra Modi came to power last year.

Delhi’s role, from bringing the insurgent Maoists to the mainstream to abolishing the monarchy, has been visible. But where it is perceived to have failed, just like Nepal’s political actors, is that the transition has taken too long, with Nepal headed for greater chaos and political instability as other external forces are emerging as key players almost on par with India. India’s traditional and natural clout to its north
has visibly diminished over the years. It also faces a tough competitor in China on the crucial and contentious issues that Nepal confronts today.

Against the backdrop of the Delhi visit by senior leaders, there is a groundswell of support for the restoration of Nepal’s status as a Hindu state. It is snowballing into a movement with serious political implications. The idea of secularism with the right to change one’s religion has further provoked the votaries of a Hindu Nepal. They are now demanding a referendum to settle the matter. The government may find it hard to turn this down.

Meanwhile, Congress leader Karan Singh, who had visited Nepal in April 2006 as a special emissary of then PM Manmohan Singh, spoke about his mission for the first time. In an interview to Kathmandu daily Nayapatrika Singh said he was able to convince then king Gyanendra to hand over power — something he did right away — but with the warning that the Maoists would be controlling politics soon. Singh also revealed, between the lines, his impression that India would continue with the two-pillar Nepal policy of a constitutional monarchy and democratic parties. But he also admitted that there may have been another government channel, with a greater influence on Nepal’s politics. This implied that the monarchy’s removal and Nepal’s transition to a republic were outcomes of this. Singh’s revelations came on the eve of the leaders’ Delhi visit and against the backdrop of the pro-Hindu movement. His revelations have also given a lot of credit to Gyanendra for having listened to Delhi.

Modi’s initiative may work if he encourages the Nepali side. But he also needs to tell them that they need to realise they have failed both the Nepalese people and India, which had wished for peace and prosperity in Nepal. He needs to tell them that a segregationist approach, monopolised by the four parties, will not be enough to prepare a constitution acceptable to all.

Modi needs to remind Nepal’s leaders that respecting the judiciary’s independence is necessary for a democracy and that only a national reconciliation will create the right atmosphere.