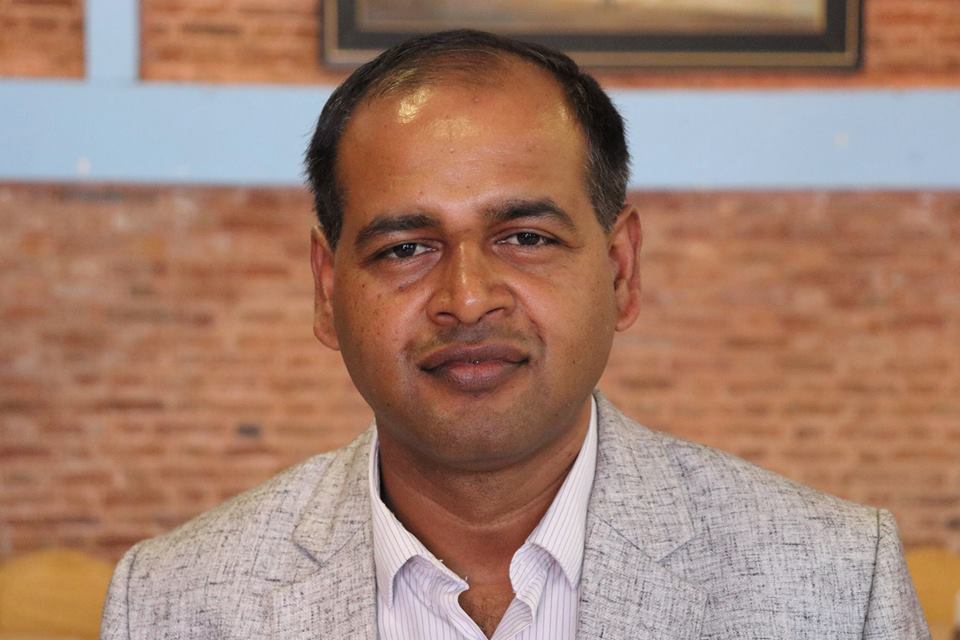 By Gopal Khanal (KATHMANDU, 30 May 2019) – Violence is not a solution, no one has to repeat this. The only goal of violence is destruction. One who resorts to violence falls prey to the violence.

No one knows where Netra Bikram Chand (Biplav) is now. But four persons said to be trained by him were blown in Anamnagar and Sukedhara on Sunday by the bombs they made and were carrying. They had a goal to kill general and innocent people and create terror.

But the bombs did not discriminate. It blew those who had made and carried them. Although one can say that it was the destiny of all those who involve in the criminal activities, it was not the solution.

The key question is why again the bomb and terror–to change the political system? To bring prosperity? Why?

The country has transformed into a federal republic. Loktantric Republic system is the best political system in the present day world. Only better republic could be alternative to republic, and there is no and will not be place for violence. It is more justifiable system than the monarchical and autocratic systems. Thousands of people had not taken to the streets in 2006 without any purpose. They had an intention to establish the best political system.

The decade-long conflict also taught a lesson that rule of proletariats was impossible through violence.  Even if we accept that the ‘people’s war’ prepared a foundation for the political movement of 2006, the movement ended through dialogues and agreement. Pushpa Kamal Dahal Prachanda, who was working underground then, had not led the peace process in such an unsuitable circumstance for no reason.

Those who propounded the social contract theory said that a society has both good and bad characters. Conflicts of all types exist among all members of the society, but all the conflicts end in an agreement. Formation of a society and state is based on this theory.

Now Nepal has a powerful government of the Nepal Communist Party. Programmes are in the implementation phase to materilaise the goal of ‘Properous Nepal, Happy Nepalis’.  The country has aimed to build capital and achieved the goal of socialism, which is also inserted in the Constitution itself.

The political revolution has ended because all revolutions are not always for political changes.  The government has focused on the economic revolution. We have big dreams but not impossible. Many impossible dreams have turned true.

Now the power is with the people. The leaders–KP Sharma Oli and Pushpa Kamal Dahal –who were in the forefront during the peace process are now in power. The country has regained international image and extended foreign relations. Foreign investments have been pouring.

Unfortunately, a party with the same name has involved in criminal activities. Biplav is leading the group, though he knows well that he will not be successful.

The goal was to change incumbent ruling system. Republic came and monarchy was razed. Now, what sort of system is to overthrow and acquire? The answer  may be with those who are in favour of reviving monarchy. But that will be only history. Marx himself had said that the dictatorial rule of proletariats would be temporary.That was the time 150 years ago. The political revolution of Mao was turned into the economic revolution during the time of Deng Xiaoping in China.

Prime Minister KP Sharma Oli said, “This is not communist government, but a government of a communist party.” He has the answer to those who think the communist government practices dictatorship. This is the Federal Republic Government led by the Nepal Communist Party. Every one has the right to reach the power on the basis of the undisturbed flow of ideology and competitions. This right is secure for all.

However, the means must not be violent, bombs and bullets.  It is only through ballet that one can reach the power.  Now you cannot influence the ballet through bullet.

India, China and America all are republic states, but they have some distinct differences. But the political leadership of these countries have a common agenda that is development of their own country. Trump wants America always remain super power of the world. Xi wants – China become superpower leaving America behind. Modi wants- India must be a world power.

Prime Minister Oli wants Nepal must be a prosperous country.  Deuba wants- Nepal should be a developed country. If so, there is no option of the system. Now, we have to discuss on the model of development rather than discussing on the alternative to the system.

No matter when the term republic was used, the main issue was Loktatntra against the monarchical system.  From Plato to Aristotle, and from the American to Indian and Chinese revolutions as well as the past of Nepal, it is proved that republic democracy (Loktantra) is the political system that opposes the supremacy inherited by birth.

Nepali citizens wanted republic system from 2007 BS. But the republic system could be established only after seven decades after the people’ssuch expectation. Therefore, the next destination is only to establish prosperous republic system. That’s why seeking other system though the means of violence is only to invites one’s own death.